You definitely don't see many people in their 70s who look Josefina Monasterio. But she has dedicated her life to building an incredible figure that she displayed on America's Got Talent. 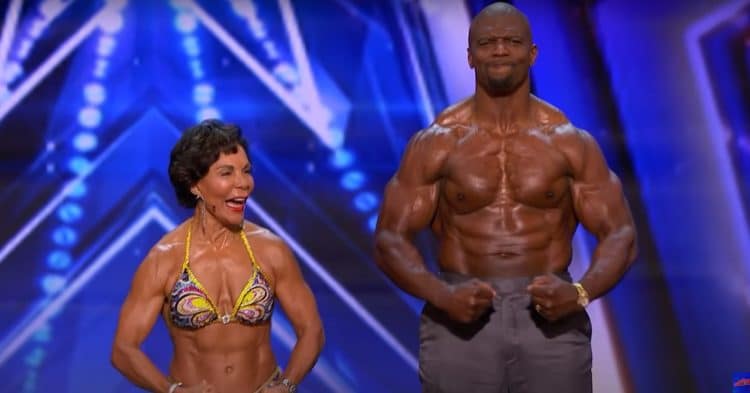 There’s your average 73-year-old who follows a health and fitness regime to keep healthy and in shape… and then there’s 73-year-old Josefina Monasterio who takes fitness to a whole other level. This spunky bodybuilding champion, author, and TV host displayed her physique in front of the world on an episode of America’s Got Talent that aired Tuesday night.

Monasterio is a Venezuelan native who grew up with very little but that didn’t stop her from dreaming big. She has always loved performing in front of an audience and decided she wanted to pursue bodybuilding at 59 years of age (that’s pretty ambitious).

So, naturally, having the opportunity to show off the very impressive physique that she built over many years was one of the most amazing moments in her entire life.

She definitely didn’t disappoint and her personality immediately shined as soon as she walked out onto that stage in front of a large crowd of people. The judges and everyone there were visibly in awe of her figure and you could even hear judge Simon Cowell say, “how do you get a body like that,” before she introduced herself.

She talked a little about herself and then she began her posing routine after they qued the song ‘Pump It’ by the Black Eyed Peas. Monasterio’s signature move that night was when she pointed and yelled “pow”. After she walked back on stage from posing in front of the judges table, she was met by host Terry Crews who was shirtless and heavily muscled as you may already know.

So, they posed together and Crews threw in his “pec dance” of which he’s known for. But you could tell, Josefina Monasterio was having the time of her life. Plus, the judges and the crowd were enjoying every minute of it.

Monasterio sadly didn’t advance to the next round as she simply did some posing which isn’t technically what they’re looking for. But she possibly still had some hope for future as Simon Cowell told her,

“I think next year, you’ve just got to come back and do something.”

But either way, it was a moment that she’ll never forget.

Watch the clip below…