Jujimufu is one of the popular strength athletes on YouTube. Recently, he took on an incredible challenge, training arms for eight straight hours.

Jujimufu, who’s real name is Jon Call, first made a name for himself, performing incredible acrobatics on America’s Got Talent. It was here, that he did the splits on chairs, while holding barbells above his head. Subsequently, he has gone on to have a successful career on YouTube, attracting over a million subscribers. Fans of his are inspired by his gym videos, and blown away by his incredible physique.

Recently, Jujimufu decided to take his workouts to the next level. In a recent video to his channel, he decided to embark on a journey to complete eight straight hours of arm workouts. In addition to that, he explains that he is inspired by the late bodybuilding legend Rich Piana.

Jujimufu starts off the video, by showing a clip from Rich Piana, explaining how difficult it is to get more inches on your arms. As a result, he developed a massive 8-hour arm training program, designed to permanently add an inch to your bicep.

The program Rich Piana designed consists of the following:

This is the plan that Jujimufu was inspired by and wanted to try, along with his two friends. However it is worth noting that the trio were hilariously unprepared, having trained the day before. Additionally, they did not follow Piana’s advice to put protein in the shake. Nevertheless, they began the workout.

Jujimufu and company started off strong, hitting the first two workouts no problem. However they proceeded to do arm wrestling instead of the third workout. This trend continued, as they varied up the workouts from Piana’s original plan. Moreover, they struggled a bit to drink their shakes like they were supposed to. Nevertheless, they continued on, completing each workout.

Check out their attempt at the workout:

As the time and the workouts clicked on, they continuously measured their arms. At various points, all of them had seen some serious progress in their bicep size. The clock began to wind down, as they were going stir crazy, and getting exhausted. However Jujimufu even threw up at one point, as things began to wind down.

The next day, this is how their arms measured:

So as you can see, and as Jujimufu found out, the eight hour workout may not be the best way to add an inch to your arm. Nonetheless, it was heartwarming to see them do this in memory of Rich Piana. 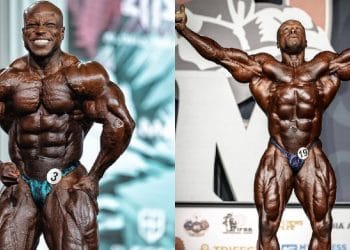 The 2021 Legion Sports Fest takes place October 22nd-24th, in Reno, Nevada. This huge bodybuilding show will serve as the...

Nick Walker had one of the best first pro years in recent memory during 2021, culminating with his top 5... 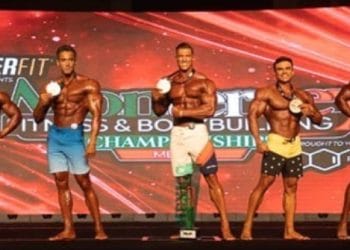 The 2021 Monterrey Fitness and Bodybuilding Championships took place October 16th, in Monterrey, Mexico. This is the complete results of...