One of of CrossFit's best with some strong words for cheaters. 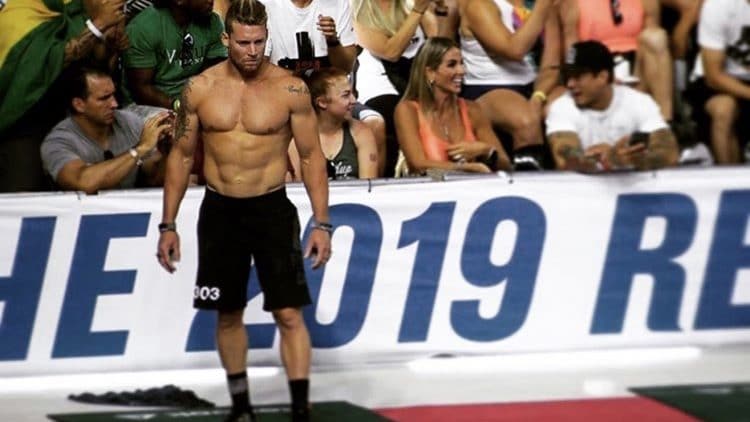 James Newbury is not a happy man. The four time fittest man in Australia had some harsh words for the latest round of CrossFit drug busts.

The 29-year-old took to Instagram to begin his rant.

“If you’re not gonna follow the rules, GO BACK to the sidelines where you belong. This is a frustrating topic and even more so for the people who are robbed of the chance to compete or have the thrill of a podium spot taken away because of short-cutters. You have taken something away from someone that cannot be returned. The earned opportunity to compete on the floor, the privilege to stand on the podium and the ability to celebrate all of their hard earned work because of your ego driven selfishness. It’s so simple.”

“If you WANT to take illegal performance enhancing substances, you are NOT allowed to compete with the rest of us. Get it through your crazy brain. I’m telling you there are tons of us at the top of every sport who are not cheating our way there.

We put in the hours, deal with the ups and downs and work harder to achieve our goals without exposing our bodies to abusive chemicals. For anyone out there that is contemplating using something to shortcut their way to the top, sit back, have a good hard think about your next actions over an Aloe Vera, spirulina, maca and Irish moss smoothie and I hope you’ll come to the conclusion that YOU ARE BETTER THAN THAT!”

In other words, Newburry was very pissed.

“Maybe then you’ll realize that all you need is a strong work ethic, sunshine, quality water, great sleep, a bit of resilience, probably some better friends and outstanding nutrition. Some athletic ability would go a long way too…… OR maybe go vegan? I don’t know I hope this message finds you well.”

Just last month James Newbury was injured with a broken back and punctured lung. Newbury suffered the injuries during a bike accident.

In 2017, Newbury 31st in the CrossFit Open. For 2017 and 2018 Newbury finished in first place for the Pacific Regional. 2019 saw Newbury complete his best year with a fifth place finish at the CrossFit Games.

Gabor Torok is now giving his side of the story. The former fittest man in the country of Hungary was...