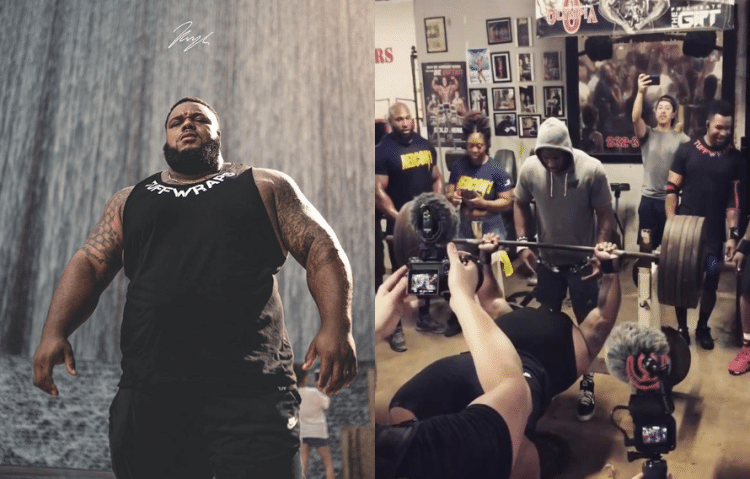 Julius Maddox may have recently set one record, in powerlifting. However, this does not seem to be deterring Maddox from continuing to impress.

Late last month, Maddox broke the American record for powerlifting. He managed a 723.1 pound lift, beating the previous record by 1.1lbs. Despite this achievement, Maddox does not seem to want to take a break.

Julius Maddox took to Instagram to display one of his training sessions. The superheavyweight can be seen, lifting a daunting 610 pounds, for eight reps. This, coming less than a month after setting the new record. Check out the video below:

This is pretty impressive from the massive Maddox. Although it is yet to be determined when he will be competing again, it seems he is on the right path to beat his own record. When he lifted the 731.1 pounds last month, Maddox beat a record set in 2013.

Julius Maddox is on the path to greatness. At least, all signs point that direction. The Owensboro native is one of only 6 people to ever bench over 700 pounds. Prior to this massive feat, he was impressing people with an eight-rep set of 600 pounds. Now, this has increased to 610, suggesting Maddox will be further setting records.

This is a bit inspirational, as Julius Maddox has overcome drug addiction, and incarceration to get to this point. For someone to go from that situation to breaking records is incredible enough. Additionally, to appear to be on a path of greatness is even better.