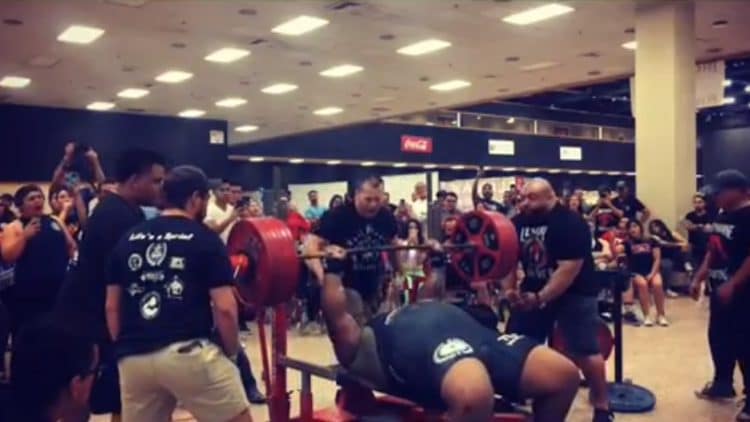 Julius Maddox just pressed a lot of weight to set an American record and man did he make it look easy! Last year, Maddox overcame the 700lb mark and now he’s doing big things and pushing even more weight.

The previous record was set by Eric Spoto with 722 pounds in 2013 but that record is now gone. And Maddox will chase the World record as he moved into second all-time in the raw bench press.

“✅ AMERICAN RECORD BENCH PRESS ✅
The process continues! I am very humbled by the love and support form everyone!
Missed 739 at the lockout just know the 🔥🔥🔥 is lit and I’m coming back for it.”

Now, Julius Maddox attempted a World record raw bench press of 739 pounds after he set the American record but he, unfortunately, wasn’t able to lock out. But that’s ok because he’s come this far and will be right back at it soon. And if he breaks this record, he’ll surpass Kirill Sarychev who holds the current raw bench press record of 738.5 pounds.

When it comes to powerlifting, few can match the raw strength of Julius Maddox. The 34-year-old American recently took to...

Over the weekend, Julius Maddox has his second failed attempt at an 800lb bench press world record. Following this mishap,...