Kai Greene Shares His Most Intense Arm Workout Ever! 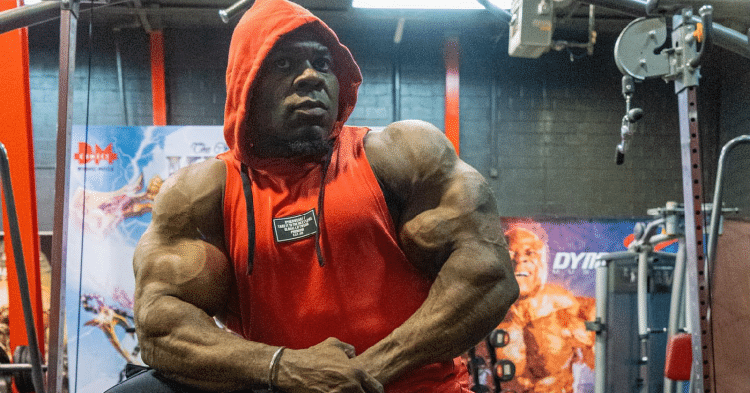 Kai Greene is one of the best, and most entertaining bodybuilders in the world right now. Recently he gave a glimpse into the training he does, in order to get his arms as massive as they are.

Despite the fact that Greene has not competed in several years, he is still one of the most popular bodybuilders out there. This is in large part due to the reasons he has not competed. He has been pursuing a career in acting over the last few years. Most recently he scored the role of a lead antagonist in a movie, but he is largely known for his role in the Netflix show Stranger Things.

Even though Kai Greene is not competing as a bodybuilder currently, he is still staying busy. He showed us that recently in a big way, with a video to his YouTube channel. Here he detailed his intense arm training, which involved a ton of interesting exercises.

The focus of this training session is arms, but Kai is mostly looking to get the proper technique and contractions through each exercise. Moreover, he says he likes to alternate between bicep and tricep training. He believes this gives him the best results.

“A lot of times when you get blood in your triceps, I like to bounce back and forth, putting blood in the other exercise. So what I want to do is train both the antagonistic muscle groups.”

Not only does Kai Greene like to alternate between tricep and bicep exercises, but he does so in Trisets. This means that he does a circuit of three exercises, for three sets, with no break in between. For this particular routine, he does three different Trisets.

This is the routine Kai does for his arms.

By the time this session is done, Kai Greene has worked up a real sweat. This workout may not be for everyone, but it is certainly clear that it works for him.

Ivan Makarov: “I want To Set A World Deadlift Record And Win The WSM!” (EXCLUSIVE)