Kali Muscle: From The Cell Block To A Fitness Superstar 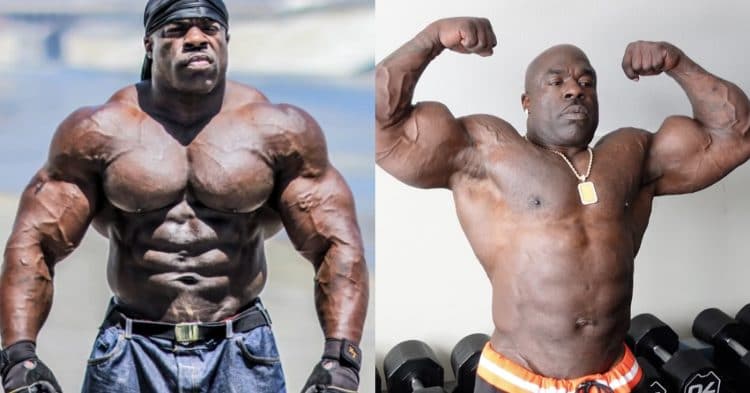 There are a lot of adjectives that can be used to describe the type of person that Chuck “Kali Muscle” Kirkendall. However it takes a lot more than that to properly describe what kind of man he really is.

Throughout the course of his life, Kali has seen some of the lowest of lows, with seemingly no hope. On the other hand, he has been able to turn that around into the highest highs, becoming one of the most recognizable faces in the entire world.

So how did he get to this point and go from a cell to the YouTube trending tab? Today we look back on the story of the real Mr. Muscle, and remember the journey that brought him to this point.

Related: Kali Muscle: Here Is Why I Lost All My Muscle Size

Born in Oakland, California on February 18th, 1975 as one of three children, Kali Muscle never had it easy. He spent his whole childhood surrounded by poverty, crime, and difficulty.

Growing up, he felt perpetually different from the rest of his family. In fact, he regularly noted that his step father made him feel like the outcast in his family, treating him unlike the rest of his siblings.

It was in his teenage years that Kali discovered that his passion and outlet lay in the gym. He started training in his early teens, and practically as soon as he could, he got his first job working in a 24 Hour Nautilus, later renamed 24 Hour Fitness.

This love of athleticism was made clear by the sports that he participated in at school. Whether it was wrestling, track, or football which earned him a scholarship to Fresno State University as a linebacker, it was clear that Chuck was a natural athlete with a bright future ahead of him.

Unfortunately things would all go wrong.

Senior year of high school, Kali Muscle was still on the path for success. However this began to unravel when his brother passed away, dying from an accidental gunshot wound.

This began a change in his mindset, which continued over into college when he attended Fresno State University. As he fell on hard times financially, he resorted to a life in the streets.

In his sophomore year of college, Kali Muscle was arrested for robbery, and found guilty. He was sentenced to eleven years in prison, being sent to San Quentin State Prison, one of the most violent and dangerous facilities in the country.

At this point in his life, he was feeling at an all-time low, and looked to fitness as a sort of therapy to escape the confines of his brain. He would use the weights in the prison to start bulking up, putting a serious focus into bodybuilding type exercises.

After some time, Kali had begun to really pack on the pounds, getting as high as 230lb of almost pure muscle. This was insane, given the fact that he was working with limited equipment, and living on a diet of classic jailhouse favorites like Top Ramen, honey bars, and Dunkin’ Sticks.

In 1997, San Quentin State Prison made the decision to remove weights from the facility, due to the safety risk posed when inmates used them as weapons. This was a major blow to Kali Muscle, as this was the main way that he stayed sane during his time locked up.

The inmates tried as hard as they could to get this decision overturned, even resorting to throwing oranges as a sign of protest. Nevertheless, and predictably, this failed and the weights were not returned.

As a result, Kali had no choice but to improve, lest he give up on his passion for weight training. Using garbage bags, water bottles, and his fellow inmates, he was able to find ways to keep getting a pump in, even without the weights.

That came with its own set of challenges though, as the guards and prison staff did not take too kindly to the loophole that he found. There was even one point where he was sent to solitary confinement.

Kali Muscle Turns It Around

Kali Muscle finished serving his sentence and was released from prison in 2010. He was now faced with the task of picking his life back up in a new world, using the skills and drive that he learned behind bars.

Right off the bat, he knew that he wanted to get involved in the world of entertainment, so he set off for LA to find his first gig. He did not have to wait long though, as just two weeks after he made it, he was cast in a Matthew McConaughey-directed music video for artist Jamey Johnson.

This was the start of a trend of Kali, as he was quickly able to turn this into more roles on screen, largely with commercials. He has appeared to represent brands such as Geico, Snickers, Comcast and Honda, proving that he had really turned things around for the better.

Aside from just acting, he also took to the bodybuilding stage on a handful of occasions. He was even able to win the Mr. California contest in 2012, among other competitions.

Of course, this was not the end of his influence in the sport. Kali Muscle has also founded a YouTube channel that has amassed more than two million subscribers, and nearly a million followers on Instagram.

Other ventures include the start of his own supplement company, Hyphy Mud, which even sparked a brief foray into rap music. Additionally, he has sparked some charitable endeavors, speaking with people about his experiences turning things around, and working to help get other kids off the streets.

What Can We Learn From Kali Muscle?

There is a lot that can e learned from the life of Kali Muscle. Not least of which, is the fact that it is never too late to fix your life and turn things around, no matter the circumstances.

He went from a convict behind bars, using weights to escape his situation, to a successful entrepreneur, actor, and social media personality. He has struggled and clawed his way to success, and there is no other way of putting it.

Look, at the end of the day you might love Kali Muscle or you might hate him, but you have to respect him. The things that he has done, and the way he has overcome his past mistakes is inspirational to say the least.

Read also: Kali Muscle and Big Boy Get In Altercation After Getting Kicked Out Of Gold’s Venice (VIDEO)