Which legend will hail victorious in Giants Live Legends! 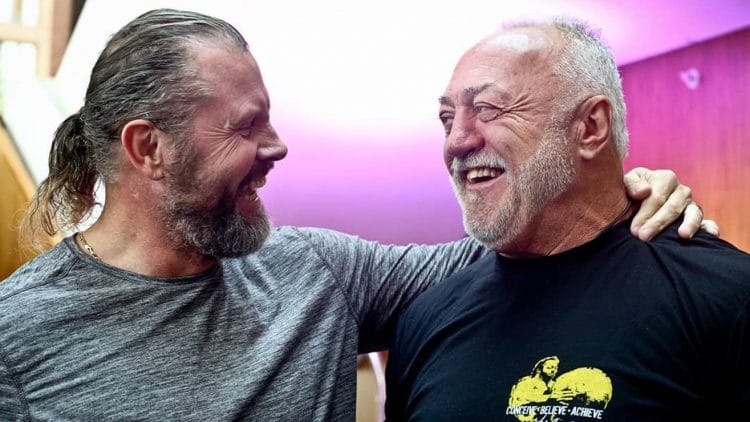 And now these Strongman legends are coming out of retirement to face off in what will be an epic challenge on July 6th at Giants Live Wembley. Three-time (1980, 1981, 1982) WSM champion Bill Kazmaier from the United States and four-time (1991, 1994, 1995, 1996) WSM winner Magnus Ver Magnusson from Iceland will face off to see who’s the stronger legend!

Now, the biggest names in Strongman will also be competing to qualify for next year’s World’s Strongest Man competition. But, this matchup will be very exciting and fans will be rooting them on.

Now, anyone who’s ever watched the Strongman competition back in the day knows what the Hercules hold is as it’s an iconic event. The athlete will stand in between two large pillars and hold them up with arms stretched out until they can’t hold them anymore.

Each pillar weighs 160kg/353lbs and it’s a brutal event that’s only for the toughest out there. And these two men are definitely at the top when it comes to having the grit to hold these massive pillars for an all-out Herculean feat of strength.

Now, Kazmaier didn’t perform this event in his days of winning the WSM, while Magnusson did, but static strength is something all Strongman competitors had to train for back in the day.

Anyhow, it’ll be an epic event and we can’t wait to see how these amazing legends of the sport perform.

WATCH: The Hafthor Bjornsson’s Full Day Of Eating Like A Strongman

Every male athlete is expected to be strong, but obviously some are stronger than others. Today we take a look...

Before I even begin covering this news, I must say I am liking how Giants Live is upping their Strongman...