See these competitors take on behemoth challenges in an epic battle July 6th-7th. 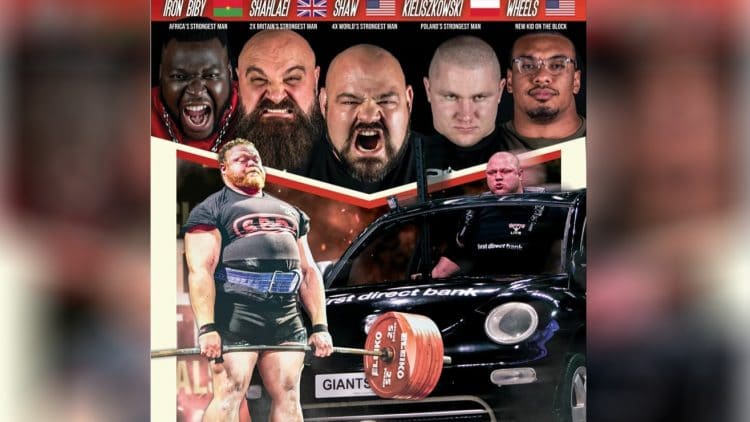 The World’s Strongest Man competition recently saw Martins Licis win the title which probably shocked many fans around the World. But now the elite competitors will get to battle all over again.

Giants Live Wembley will be an event of epic proportions… (Huge Strongman athletes). And 16 athletes will join together for a big showdown at Wembley and Manchester Arena. The first part of the competition will take place at Wembley Arena on July 6th.

Then, September 7th will be the final at Manchester Arena which will tie into the World’s Strongest Man Series.

These series of events will be the last of the year and legends like Magnus Ver Magnusson and Bill kazmaier will be participating in the “Giants Live Legends Challenge”, which will give everyone, even more, to look forward too…

Competitors will have the opportunity to break Eddie Hall’s long-standing 500kg deadlift to win a big cash prize of $50,000. And the events will be super exciting as the athletes go through a series of super challenging obstacles once again.

Last year, Mateusz Kieliszkowski took the victory after just edging out Martins Licis but we’ll see who has what it takes to win this time around!

See information for tickets to the event here.

Oh hell yeah! Soviet express is going strong and is showing no signs of stopping. We have cataloged Ivan's journey...

The world is still going through these frustrating and unique conditions with travels being super limited and sporting events are...

Eddie Hall and Hafthor Bjornsson are currently both preparing for their boxing match against each other which will make both...

Standing at 6ft 6.5 inches, Terry Hollands is one of the biggest strongmen today. He has been a common stable...

Even though Eddie Hall is no longer competing in Strongman, Hall is still very much active and doing random stuff....