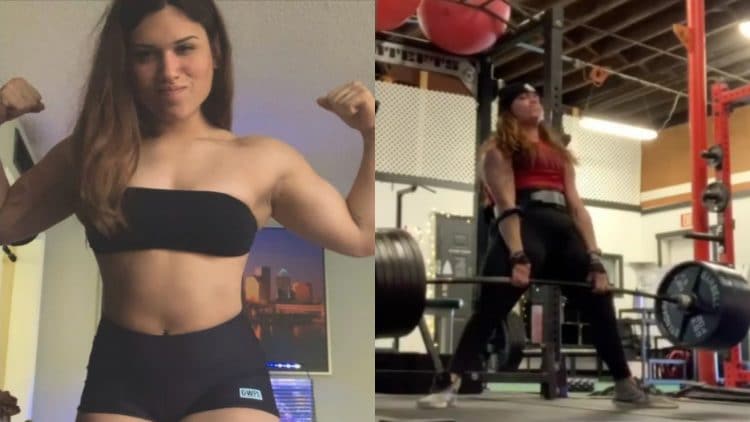 Kheycie Romero may very well be the strongest female powerlifting prospect going today. She put that on display again recently, by doing some huge deadlifts.

Romero is incredibly powerful and only continues to get better over time. Despite her limited experience, she is proving to be one of the best up and coming athletes you will see. In just over two years, she has come a long way, accomplishing huge milestones at every turn.

Recently Romero was turning heads when she finally reached the 600lb milestone for her deadlift. She hit the 605lb mark while saying that she was only mentally prepared for it, not physically. Nevertheless, she hit the lift, set a new personal record, and looked great doing so. She was ecstatic, and it made the rest of the world stop what they were doing to watch this incredible display.

Since hitting that 605lb lift, Kheycie Romero has not showed any signs of slowing down. Like all personal records, once you reach it, it just gets further away. However, she has been doing some hard work, as evident in a recent Instagram post. In one video, she hit a whopping 625lb deadlift, and in the other, she hit an equally impressive 615lb.

“625 would be a ATWR for all classes/feds, but obviously would have to be done in a meet and without straps – which is much harder than this. However, I am happy to be able to do this. This is still only the beginning,” Romero said in her post.

As she alludes to in the post, if Romero hit that 625lb raw, in competition, it would have been an all-time world record. Even though she used straps with these lifts, it is still a marked improvement. Like she said, this is only the beginning.

It is wild to think that someone who has competed as little as Kheycie Romero would be able to achieve such things. Nevertheless, she is rapidly improving and continues to be someone to watch very closely moving forward.