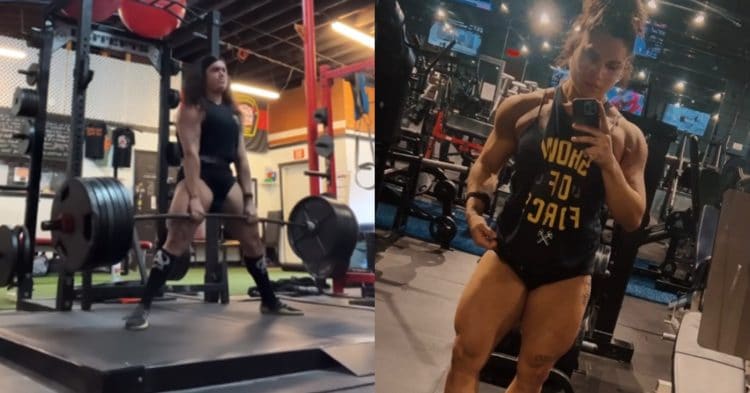 Kheycie Romero is quickly becoming a household name in powerlifting, posting massive lifts regularly. She does not compete often, but when she does, it’s in the 90 kg or +90 kg category. Kheycie is also known as one of the strongest deadlifters in the women’s division and is even a contender for the World Record. She showcased her deadlifting prowess with a massive 265.5 kg (585 lbs) pull from training.

In Kheycie’s most recent Instagram post, we can see that she only used a lifting belt to aid her in the lift. Kheycie’s lifting style is sumo, alongside a hook grip. She used a mixed grip for a long time, and only recently started using the hook grip. She also stated that she “might even prefer it” now.

Kheycie did not state her bodyweight at the time of the lift. However, this deadlift is 0.5 kg (1.1 lbs) heavier than her current competition PR.

Back in April 2020, speaking exclusively with FitnessVolt, Kheycie shared her plans to break the all-time world record.

Since then, Kheycie has competed only once, but her dream is certainly still there. She has also posted some unofficial record-breaking lifts in training, including a 275 kg (606 lbs) deadlift.

It is not known when Kheycie Romero will compete again, but her form seems on point. She has competed only once a year, for the past three years. Hopefully, she will get more chances to compete and surprise everyone this year.