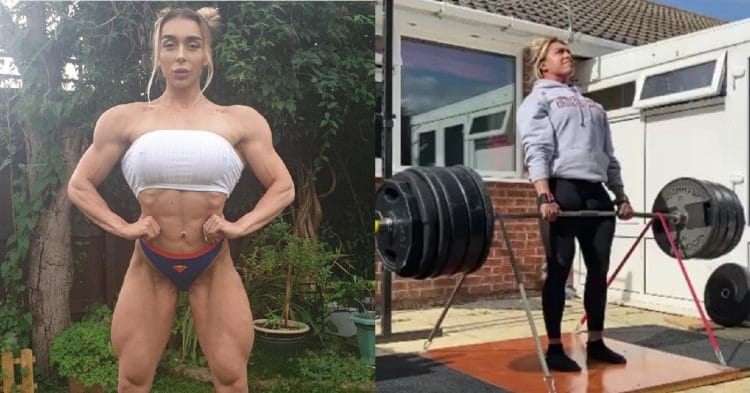 Kiera Aston is a phenomenal athlete and a exceptional talent. She was showing her skills big recently, with an impressive performance in training.

Few athletes have the level of skill that 21-year old Kiera has shown to possess. She was able to use her skills and hard work, in order to push herself to become the youngest IFBB Figure Pro in Europe, which is already crazy enough. However she has been able to follow that up with a ton of awesome performances as a powerlifter, providing further proof that you can definetly be both super strong, and maintain a ton of optimal physical qualities.

The strength of Kiera Aston is what has captured the attention of fans recently. A post to her Instagram sees the young athlete tearing through a strong 240kg deadlift. However just doing the lift was not enough for her, no matter how impressive it was. That is why she took it up a notch by using a stiff bar, and some resistance bands, to add to the challenge.

“240kg STIFF BAR BANDED DEADLIFT.
To say I’m happy right now is a bit of an understatement 😅 just before lockdown I PB’d with 240kg on a Texas deadlift bar in my powerlifting gym. Today i just did 240kg, on a stiff bar outside with bands which make the deadlift progressively harder towards the lockout.
I weighed myself with the bar standing on scales & weighed myself again with the bar and the bands at full lock out and I weighed 38kg heavier. That would make it around 280kg on lock out, take what you want from that as it was just a bit of fun 🤷‍♀️ but I’m EXTREMELY happy none the less, I’m sure I had a 250kg in me.. but @tommartinpl would have killed me as it was my 9th set 😂”

Kiera likes to do a wide array of deadlift variations, not just with the bands or stiff bar. Here she is a few weeks earlier, doing 10 reps of 140kg, from a deficit. This is not the heaviest weight, but she did it for four sets, making it hard work all the same.

Kiera Aston continues to prove that she is a special kind of athlete, wherever she performs. Whether at the weights or on the stage, she is an ultra elite competitor.

Dylan McKenna is a rising fitness star, model, and social media personality. On the strength of his muscular, ripped physique...