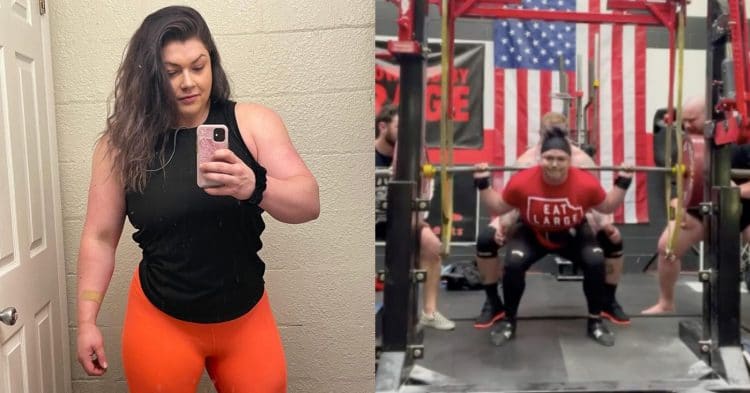 Powerlifter Kiersten Scurlock has been working to put together a strong resume as a +90kg competitor. She is set to compete at The Showdown in just under two months, and her training is seeming to preview a career best performance.

Competing since 2015, Scurlock has been getting better with each powerlifting meet. That was perhaps the most obvious to see when she scored the second heaviest wrapped squat in her division, with the 302.5kg (667lb) at the 2021 UPA Hooligans Holiday Bash, in March.

Now Kiersten is set to make her sophomore appearance at the World Raw Powerlifting Federation’s The Showdown event, set to go down on September 25th, in North Kansas City, MO. Ahead of the contest she has been doing some serious work in the gym, and a post to her Instagram showed that this was paying off, after she hit a strong 640.4kg (1412lb) total in the gym.

Here is a breakdown of her recent gym performance:

“1412 training total from this past week. 25lbs over what we did @the_showdown_meet last year and we’re still 7 weeks out,” Scurlock wrote.

“Things are about to get spicy 🌶”

This was a strong outing in the gym from Kiersten Scurlock, and she looked strong with each of the big three lifts. Of course the most attention will be on her squat to see how she does, given how strong she looked in March.

As she alludes to in the post, this was already a better showing than her first time competing at The Showdown, last year. Like she says, her total was about 25lb more, which was made up of a 4.5lb increase in the squat, 7lb gain on the bench, and 11lb gain with her deadlifts.

With seven weeks to go until this meet, Kiersten Scurlock has plenty of room to grow too. She is clearly trying to do that too, pushing herself to the limits in training like with this subsequent squat session, where she battled to hit a 540lb squat double.

It is going to be interesting to see how well Kiersten Scurlock does at the 2021 WRPF The Showdown meet, after having such a strong outing earlier this year. At 29 years old, there is still plenty of room for growth, and it will be exiting to see unfolding.

How to Squat and Build Better Legs with Bad Knees