Chris Bumstead gives a glimpse at his physique, showing off his insane legs 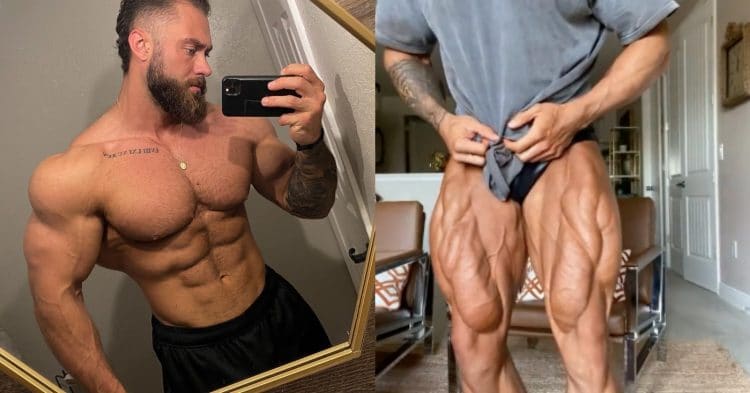 Heading into the 2021 Mr. Olympia, Classic Physique champ Chris Bumstead is focused on making small but crucial improvements to his overall physique. He recently proved that this is working, when showing off his insane legs.

Bumstead comes into this year’s Olympia as the two-time champ, looking to continue building a legacy as a dominant force in the Classic division. Despite getting a perfect score from the judges in 2020, Chris is still hungry to improve, and looks to bring an even better package this year.

It is clear that he is confident about his physique too, as Chris has been sharing a pile of physique updates, not holding anything back. The most recent of these came from a post to his Instagram, where he showed off his legs, demonstrating the insane separation he has in his quads.

Chris has never had a problem with his legs, but this is still showing some solid improvements from the last time we saw him on stage. He still has about seven and a half weeks until the Olympia, so for him to look this good already is insane to see.

That being said, the critics of Chris Bumstead have long pointed to his arms as a weak point in his package. This is something that he has worked hard to improve on over the years, and has done precisely that.

However the work is never over, when you are as motivated to succeed as Chris is. He was seen just a few days earlier, working on his biceps and triceps, continuing to bring himself to the point of not having any weaknesses for his fellow Classic Physique bodybuilders to try exploring onstage.

After the way that he has looked in recent months, it is hard to imagine that there will be anyone who has a chance of stepping up and beating Chris Bumstead at the 2021 Mr. Olympia. This is only being compounded by the fact that he is still working and improving his physique, meaning he will likely have an even better package this year.

Of course, there are still a slew of hungry contenders gunning for his throne, and he is aware of that. That is why he has been putting in this work, and it is going to be exciting to see how his package comes together on stage this October.