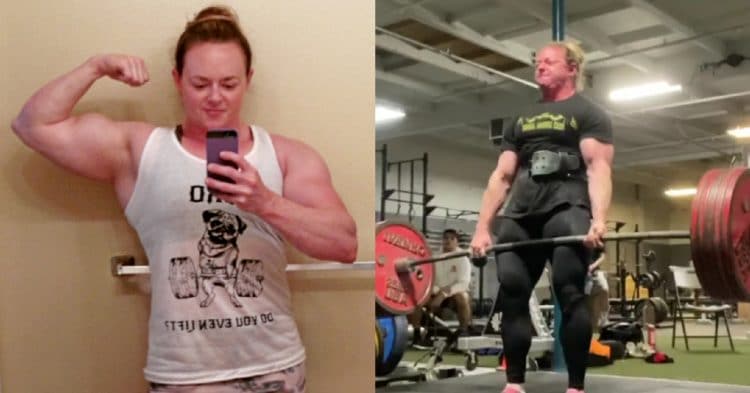 Breaking through milestones is one of the most rewarding feelings that an athlete can find. Kristy Hawkins experienced that firsthand recently, when she finally accomplished something that she has been working on for a long time.

It has been just over a year since the last time Hawkins competed as a powerlifter, but her last outing is still fresh in the minds of fans. That is because the last time she competed, at the 2019 SPF Slingshot Record Breakers event, she shattered two world records. Not only did she get a world record total for her weight class, at a whopping 1421.9lb, but she also broke the deadlift world record twice, ultimately landing on 578.7lb for the new record.

Since that contest, Kristy Hawkins has been hard at work, grinding away in the gym and trying to improve. Specifically, she has been working to extend her deadlift record, with her sights set on reaching a benchmark of 600lb. Repeatedly she would try and fail, to the point that she was fairly pessimistic about it after a recent training session, that actually saw her doing some impressive work with a top single of 628lb off of blocks.

Despite this strong showing, Hawkins was still doubtful at her chances to reach the 600lb goal ahead of her. Yet this proved to not be an issue when she would hit the deadlifts again a couple of weeks later. This post to her Instagram saw the 40-year old former bodybuilder not just break through the barrier with a 600.8lb deadlift, but she also followed this up by pulling even more weight at 606lb.

It was rather impressive to see Hawkins not just break through the 600lb block that she had been struggling with, but even take things a step further. Not to mention the fact that this unofficially breaks her previous record by a pretty decent amount. It will be interesting to see if she can implement these improvements the next time she competes, whenever that ends up being.

There are quite a lot of things about Kristy Hawkins that deserve praise. However, her ability to continue improving like this even into her 40’s is certainly up there. It must have been a big relief for her to finally achieve this goal after trying for so long.

In modern times, powerlifting has grown into one of the most inclusive sports regarding age divisions. This is mainly due...