Kristy Hawkins, Brianny Terry Have Epic Back And Forth For New Deadlift Record 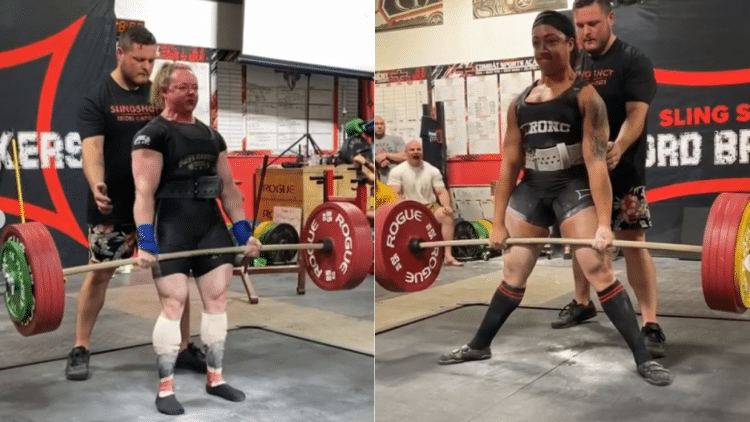 The 2019 Slingshot Record Breakers turned out to be a huge meet for record breaking. Not least of which, was the epic showdown between Kristy Hawkins and Brianny Terry.

Both Hawkins and Terry came to this meet with high aspirations. This was the same event, in Dublin, California, where Cailer Woolam stole the show. However, these two ladies were not far behind him. Not only did they go head to head, but their battle would end with a new world record.

By the end of the competition, Kristy Hawkins established that she was the stronger of the two, winning first place. However, even with her second placing, Brianny Terrry gave her a run for her money. Brianny was able to outlift Kristy’s squat, but fell to Hawkin’s bench press. Nevertheless, it was the squats that had the most intense action.

Headed into this meet, Hawkins held the record for the heaviest deadlift, at 557lb. However, Brianny would not be deterred, hitting 563lb on her second attempt, breaking that record. This did not last long though, as Kristy would follow her up with a 567lb second lift. Unfortunately, Terry would fail her third try, when she went for 586lb. Top put a cherry on top of an epic performance, Kristy would extend her new record farther, hitting 578lb on her final go. In addition to the deadlift record, this was also enough for a record breaking total lift.

These were they total scores:

If this weekend was any indication, these Record Breaker events certainly bring the best out of competitors. Both Kristy Hawkins and Brianny Terry are among the top female powerlifters in the world. To see them go against each other like this, was truly a treat.