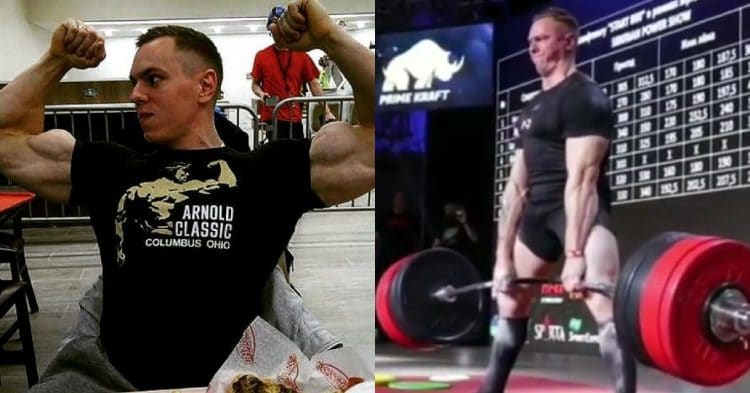 Krzysztof Wierzbicki likes to fancy himself as Mr. Deadlift. Well, he certainly earned that moniker recently, when he set a new world record in the 100kg division.

Wierzbicki is an incredibly powerful force in the powerlifting world, who has been competing since 2007. In that time, he has shown massive amounts of potential, winning several IPF meets over the years. Although his last performance before this week took place under the World Powerlifting banner, where he took gold at the Asia Pacific Ocean in August.

Although Wierzbicki has shown a great amount of skill in all areas of competition, his best performances come from his deadlift. He put those skills on full display at a recent powerlifting meet, where he managed to smash through a 433.5kg pull. Not only is this incredible because it’s well over 4x his bodyweight, but it also set a new world record for the heaviest deadlift in the division.

Take a look at the unbelievable footage:

This is quite a strong lift from Krzysztof Wierzbicki. What may be more amazing than the actual lift, is how easily he got the weight up. It honestly looked more like a warm-up rep, than a world-record performance.

This lift occurred while he was competing at the Siberian Power Show. Here, he finished the contest in the first place, with a 310kg squat, and 197.5 bench. However, it seems that he was not satisfied with the deadlift, and felt he could have pushed it to 445kg, which is not hard to believe.

“The winner of the START-800 tournament with a total of 941 kg was the Polish athlete Krzysztof Verzhbitsky @ mr.deadlift
.
Krzysztof finished the squat with a weight of 310 kg. On the bench, he recorded 197.5 kg. And in deadlift he gave out fantastic 433.5 kg! And this with its own weight of 97.5 kg. At the same time, the Polish athlete himself was dissatisfied with his cravings, he said he could have dragged 445 as well!” (Translated via Google)

Krzysztof Wierzbicki has made it clear that he has the goal to reach a 500kg deadlift. It certainly seems like he is well on his way to doing that.