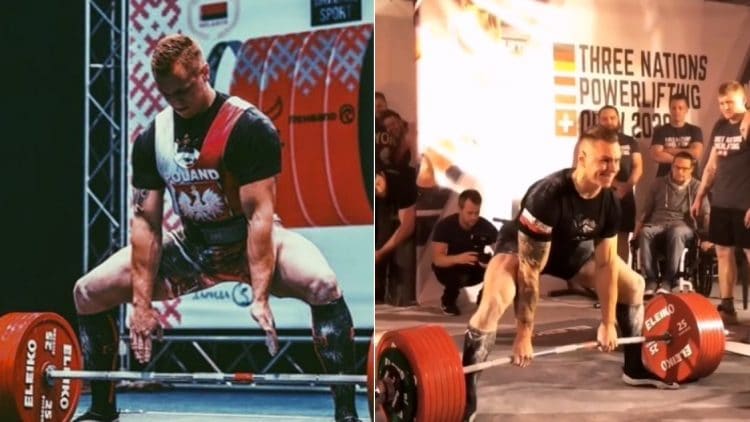 Krzysztof Wierzbicki is certainly the most impressive powerlifter to ever come from Poland. He showed this for sure recently, as he hit a mind blowing deadlift over the weekend.

Wierzbicki has accomplished an insane amount of things as a Polish powerlifter. He is a multiple time winner of the IPF World Championships, looking impressive along the way. Moreover, he holds world records for deadlift in both the 93kg and 105kg weight division, as well as for total lift in each class. He certainly earned his moniker of “Mr. Deadlift.”

Just because he holds these world records does not mean that Wierzbicki is done with his growth. He has not competed since August of last year, at the Asia Pacific Open, where he took gold. Therefore there have not been any full demonstration of his growth. However, fans got a great glimpse of his improvements over the weekend, at the Three Nations Powerlifting Open.

Check out a video this monstrous lift:

There are a few reasons why this lift from Wierzbicki was so impressive. First of all, he did this while weighing in at 207lb (94kg), so he deadlifted more than four times his bodyweight. To do that raw, with a stiff bar, is nearly unheard of. Furthermore, if this happened at an IPF event, it would have been the heaviest raw deadlift in IPF history. To put it mildly, this was a beastly lift, from a beastly man.

Krzysztof Wierzbicki continues to be one of the best powerlifters in the world, much less from his country. It will be fascinating to see if he can bring a similar performance to the next meet he competes in.