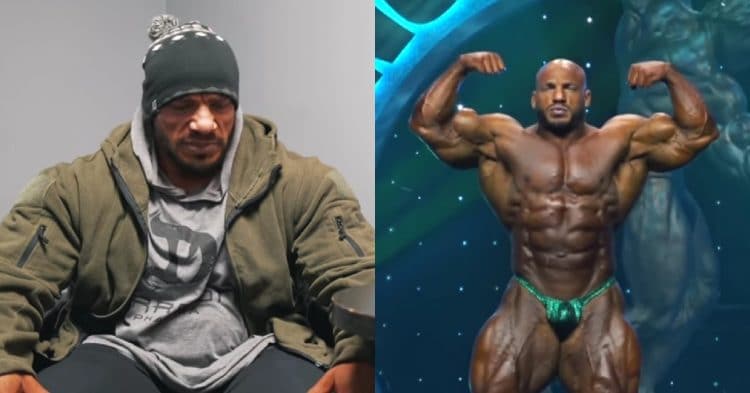 Big Ramy did not achieve the results he was hoping for in his return to a bodybuilding competition. Now he gives his thoughts on the disappointing performance and vows to do better next time.

Ramy was regarded as one of the biggest favorites headed into the 2020 Arnold Classic. He was making his long-awaited return to competition and looked massive every step of the way. Unfortunately, however, he would ultimately land in the third-place position, behind Dexter Jackson and William Bonac. Although this was disappointing, he was able to take solace in the fact that he won the newly minted Franco Columbo award for most muscular.

There were several factors that could have led to the disappointing result turned in by Ramy. It looked like he held onto a bit too much water before the show. Whether that was just due to his being rusty on competing, or the crazy uncertainty the week brought is unclear. Regardless, he is making no excuses for the performance, knowing that he let both himself and his fans down.

In a video, posted to YouTube, Big Ramy opened up about his feelings on the performance. It shows his final posing routine, as well as the awards ceremony. Then, the video cuts to Ramy himself, addressing his fans, and promising to do better in his next contest.

“I’m really happy to be here, and I can’t wait for the next show to bring to my fans what they deserve from Ramy, and from my team, Dragon Pharma. Yeah, maybe yesterday I needed to be number one, I’m always like that.

But I have one thing that means more to me than the trophy: the love from you, my fans. I feel it, and I got your messages, and I thank you for that. I promise to do my best for the next show.”

It is clear that Big Ramy is just as disappointed in himself, as the fans are. Hopefully, it will not be so long, before the next time we see him compete.