We simply can't get enough of Larry Wheels! 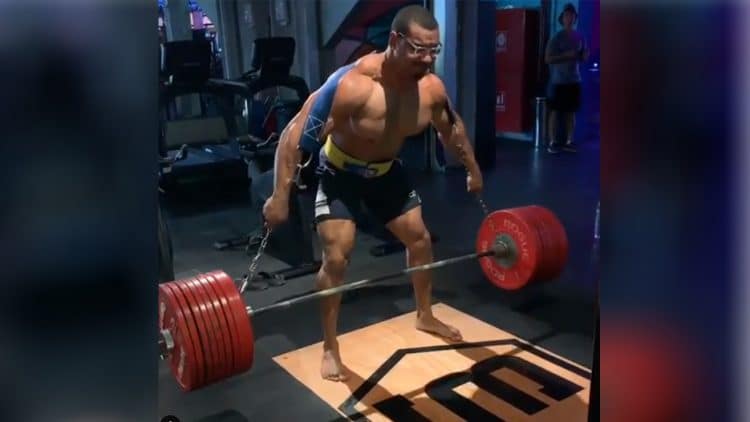 In a World where Larry Wheels defies humanity… he’s once again performed another unexplainable feat of strength. But this time, he did so with no hands!

Wheels’ posted a video of him doing a 937lb/425kg deadlift while only gripping the chains from a strap on his back. And the reason being is because he recently tore his bicep during Atlas Stone training.

So, he cannot pull the bar. But apparently… he didn’t really need his biceps to lift the massive amount of weight.

After the tear, Wheels explained that it has been a while since he had an injury so this one was really unfortunate right before the Giants Live Wembley competition.

But, he’ll be back and isn’t letting it stop it from achieving new personal records…

Check out the video…

We wish Larry Wheels a speedy recovery so that he can get back to normal training!