The phenom is at it again and he's not far from the 700 bench press club!

Larry Wheels is quite possibly the most impressive specimen to have come along in a while, and his superhuman strength has impressed so many people that there’s no doubt he’s the real deal. So, making the transition from powerlifting to Strongman wasn’t really an issue for Larry Wheels as he fit right in, although not without some struggle which is expected.

But, it’s his powerlifting background that allowed him to recently set a humongous PR with a 307kg/675lb bench press (25 more than his previous record). Now, he did attempt this same weight last year of which he nearly completed but he just didn’t have it at the time.

But, they don’t call him PR for no reason and we knew this amazing feat was on its way…

You’ve got to see it…

There are just no words to describe such a massive bench press from a guy under 300 pounds. And since Wheels has been training with Hafthor Bjornsson, it seems his level of performance has elevated (Although the bench press isn’t a powerlifting event).

But, he’s also known for his Earth-shattering deadlifts, and just last month he set a new PR (Surprise Surprise) by pulling 881 pounds for 3 reps.

And we can only expect to see so much more from this young phenom in Strongman competition as he continues to improve at an insane pace! 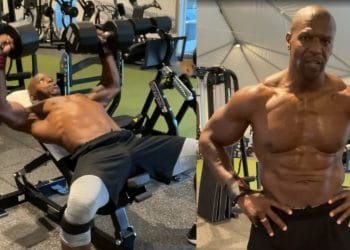 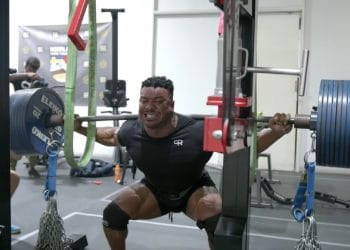 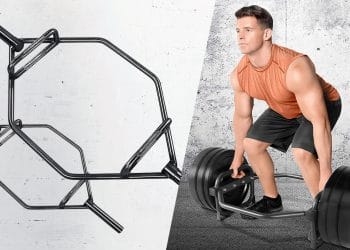 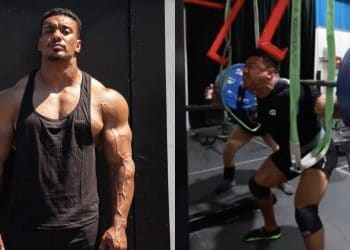