Yoel Romero tested positive from tainted supplements but apparently it wasn't his fault! 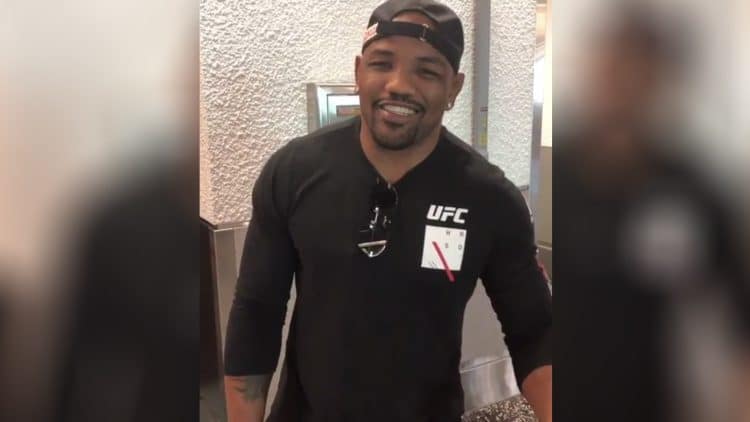 UFC Middleweight fighter Yoel Romero was awarded a massive $27.45 million after failing a drug test in 2016, from a supplement he used which was laced with ibutamoren (Growth hormone release stimulator). But, he was originally going to get $9 million, however; the damages triple due to consumer fraud, per of the New Jersey ‘Consumer Fraud Act’.

The company who supplied the tainted supplements is Gold Star performance Products and Romero could have faced a two-year suspension if the drug test results held. But he originally was given a lesser suspension by the USADA (United States Anti-Doping Agency) until he decided to take legal action.

Yoel Romero likely had the biggest sigh of relief after everything was said and done. A two-year ban is an eternity for a top-level fighter like Romero, who’s the #2 ranked middleweight right now.

This is great news for Yoel Romero and he’ll live to see another day in the octagon. He’s an amazing fighter and thankfully his life wasn’t ruined over unresolved corruption. Romero now will have upper hands in his war of words with Paulo Costa.

There's a lot of guys that do not practice competitive bodybuilding but could just as easily go that path and...

Robert Whittaker scores a split decision victory in a highly entertaining war with Yoel Romero In the main headliner of...

The UFC 221 main event was a clash between top middleweight contenders Yoel Romero and Luke Rockhold. But Yoel Romero's...