Check Out A Fully Healed Larry Wheels Back In The Gym 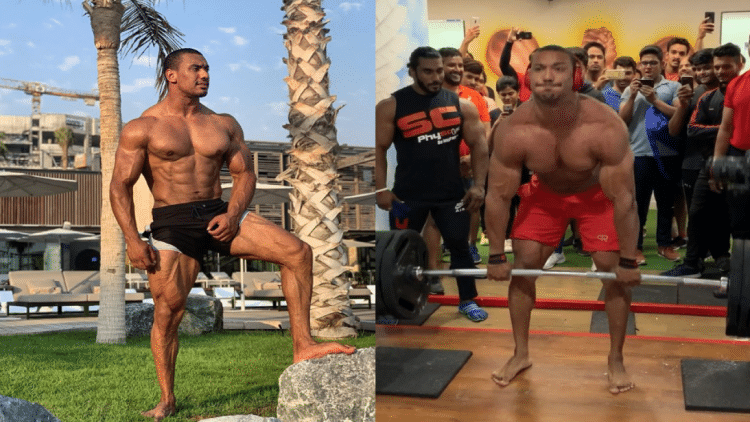 Larry Wheels has spent some time on the sidelines, after dealing with a torn bicep. However, he seems to be fully healed, and back in the gym training again.

Wheels tore his bicep around three months ago while training for a competition. Since then, he has stayed busy with other ventures, due to his training being restricted. He has been dipping his toes into the waters of professional arm wrestling, training with various different high-level competitors.

However, it appears that Wheels is back in the gym, with his bicep fully healed. He posted a video to his Instagram, to show off his healed bicep. In order to do that, he did 10 reps of 675lb/306kg deadlifts.

In the video, you can see a clearly ecstatic Wheels crushing the massive deadlift. As he eludes to, this was his first set of deadlifts in seven months, due to this injury. Nevertheless, he does not look to have missed a day. Though, this does not come as a surprise to those who have watched his career thus far, as Wheels has always been known as a bit of a phenom.

Honestly, seven weeks does not seem like that long of a time for Wheels to heal up. However, that has not seemed to have stopped him from doing so. Additionally, to go straight to lifting such heavyweights is a bit mind-boggling.

Larry Wheels has firmly planted himself as one of the most elite athletes in the world today. His ability to bounce between bodybuilding, powerlifting, strongman competitions, and arm wrestling proves that. Now that his bicep is fully healed, it will be exciting to see him get back to regular action. Hopefully, if  nothing else happens, that will deter his ability to compete in some form or another.