Josh Lenartowicz Officially OUT of 2019 Olympia (Photos via Instagram @josh_lenartowicz)

Josh Lenartowicz was expected to make an appearance at the 2019 Mr. Olympia, in just over a week. However, speaking with Tony Doherty, he explains why he will not be competing.

With Josh Lenartowicz taking away a win at the 2019 IFBB Big Man Weekend Pro Bodybuilding Show, he earned a spot on the big stage. He was among the select few athletes selected to compete at the 2019 Mr. Olympia. However, to the surprise of many, he announced that he will no longer be able to compete at this year’s competition.

After making the announcement, Lenartowicz sat down with Tony Doherty, of IFBB Pro League Australia. Here, he discussed why he will not be competing at this year’s Olympia. At first, they explain, everything was going well for Lenartowicz. However, he explains that things started going south, when one day he noticed a lump on his head.

“Yeah, it was tiny, and I started getting these headaches, and I never get headaches. and that was a concern for me. So, I went and say a [General Physician] and they kind of said to just take some aspirin, and see a dermatologist.

I went home, and couldn’t sleep really. So I said ‘no, something’s definitely up.’ I went back, and asked for a referral, and it came back with a scan that said I have a tumor in my skull

It was very rare, it’s the rarest tumor you can get, and I didn’t think it was in my family. But my middle brother, who doesn’t train or anything like that, had it at 18 years old.” 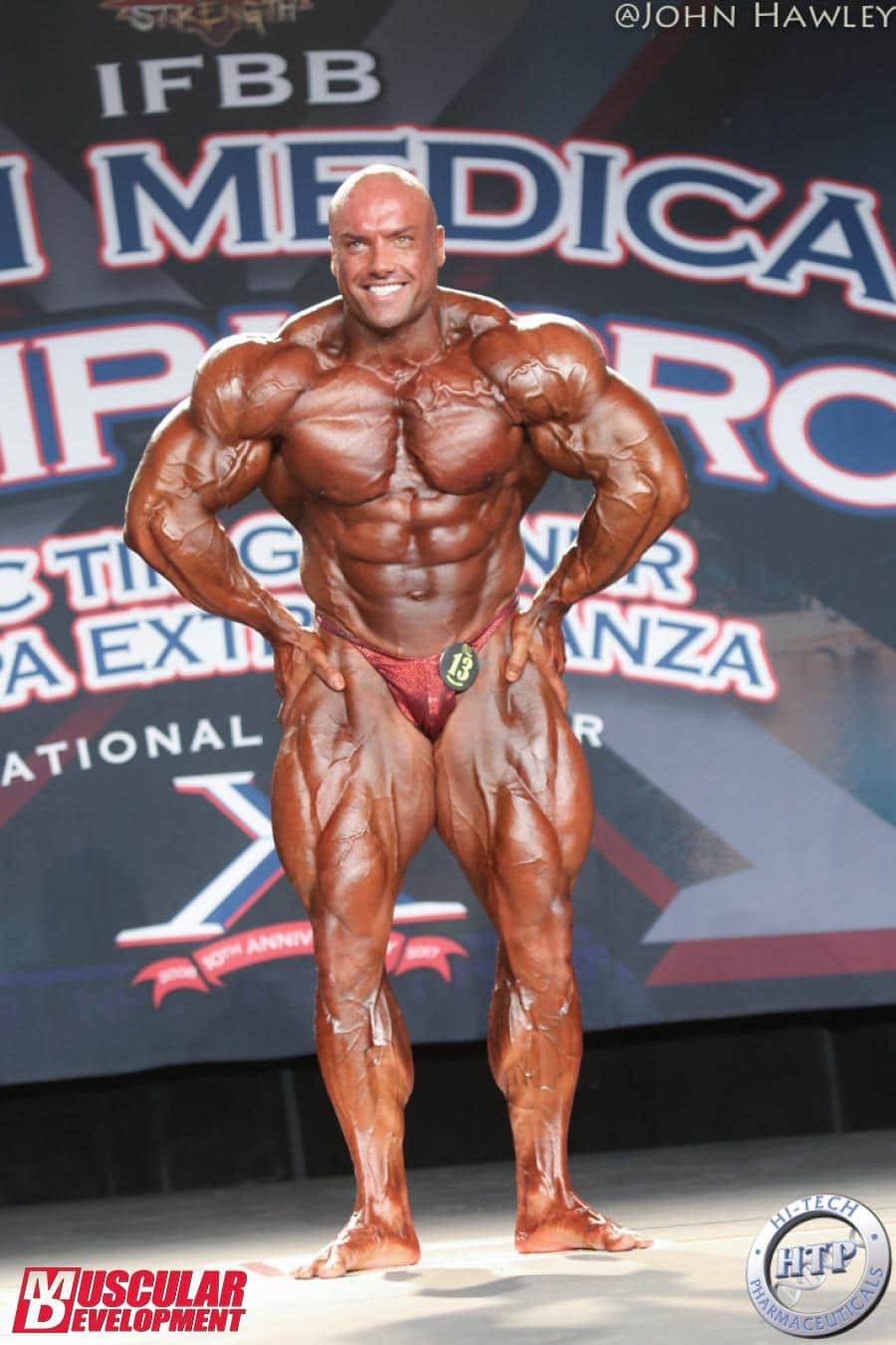 Lenartowicz explained that he was only supposed to have surgery, and be out for a day. However, then Doherty divulged that when waking up, Josh had a brain seizure.

“Yeah, I had a seizure. Which, speaking to the neurosurgeon, it’s common. It’s not rare to happen, so that’s the thing. So it’s rare that it happened to me, in the circumstance that my neurosurgeon hasn’t had a seizure in a very long time. He backtracks it to when I was younger, and I had meningitis. He said that kind of alters your brain a little bit. When you’re under stress, then you could have a seizure.

So, that happened. Basically what happened in my head, was that I went in for the surgery, and 8 or 10 days later, I can’t remember. It was 8 days later, I wake up, and my wife was telling me that I had been in a coma for that whole time.”

After that, Lenartowicz explains that they were trying to wake him after the seizure. However, the method they were doing, to wake him, caused fluid to go into his lungs. Therefore, they put him into a medically induced coma. He further explained that the doctors were having trouble finding a strong enough dosage to subdue the large man.

At this point, the conversation switched to how this affected his ability to make it to the Olympia.

The time frame was too short, and Lenartowicz was unable to walk properly at first. Add that to the fact that he spent 8-10 days without proper diet and exercise, and he knew he would be unable to attend. Additionally, Josh agreed that it would be better for his health to take the time to rest, and not risk re-damaging his body.

All things considered, Josh Lenartowicz has had a tough time the last few years. From this serious health scare, to dealing with the loss of his close friend Dallas McCarver, things have not been easy. Hopefully, he will be able to take the time to recover from this crazy health incident. Then we can see him back, better than ever next year.

Watch the full interview with Tony Doherty below:

Franco Columbu Laid To Rest While Friends And Family Mourn Together