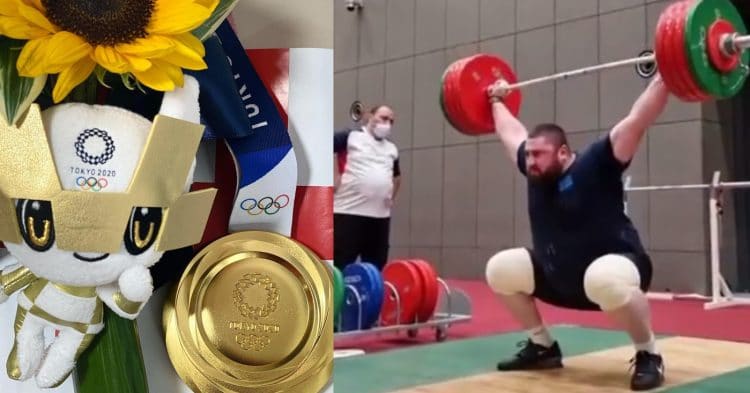 Lasha is just ridiculous, he just keeps setting record after record after record. It seems like almost every training session is a PR situation for him. Taking into account all his Instagram and competition footage, he currently has the heaviest recorded clean and jerk and snatch. Let that sink in, heaviest ever recorded Olympic lifts. For instance, not even the legendary PR king Larry Wheels has the “heaviest EVER” notched among his many PR’s and records.

Before going any further, it should be noted that even though he has hit al time world record numbers in the gym, he is still 1kg short of a clean and jerk world record in an official competition.  Even though, I would say that it will be just a routine procedure when he gets to it.

Now, fast-forwarding to just about an hour or two ago, Lasha did what he does best-destroy the competition and make the weights look stupidly light. However, this time it was the grandest stage of them all-the Olympic games.  Lasha just finished with a 488kg total with a 265kg clean and jerk and a 223kg snatch.

A total which earned him; 1. Gold medal, 2. Olympic record, 3. World record(total).  Lasha is so dominant that since he started competing basically hasn’t tasted real defeat. The only real stain on his record is the 2013 disqualification and 2-year ban for testing positive for Stanozolol.