No Result
View All Result
CrossFitOpinion

Through balancing the Olympics and CrossFit, Australia's own Tia-Clair Toomey has proven herself to be the greatest strength sports athlete of all time 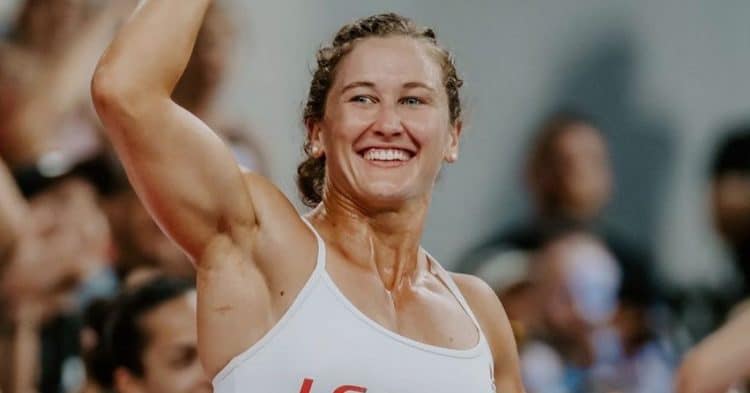 On August 1st, 2021, Tia-Clair Toomey won her fifth consecutive CrossFit Games, extending the record she already had for most competitive wins. However there is more than meets the eye to this Australian athletic wonder.

On the surface, it is easy to be amazed by the accomplishments that Toomey have put together in her short 28 years on this Earth. After all, she has shown the type of athletic dominance that few can possible imagine.

Yet when you look deeper, and break down how Tia-Clair got to this point, that amazement turns into pure bewilderment at the level of outstanding athletic prowess that she has been capable, since the very beginning.

This is how Tia-Clair Toomey solidified herself as the fittest woman the Earth has ever seen.

Tia-Clair Toomey first got her start in the world of athletics shortly after school, falling in love with track and field. After spending some time in nursing school, she met her future husband, Shane Orr, and moved to Gladstone, where she worked as a dental assistant.

Shortly after this, Tia-Clair truly started to discover fitness, beginning with the 400m hurdle. When this came naturally to her, Shane introduced her to CrossFit, and she immediately fell in love with the complexity of the sport.

A Strong Start For Tia-Clair Toomey

In 2013, just a month after she was first introduced to CrossFit, Tia-Clair Toomey participated in her first Open, but it was far from a perfect outing, with her coming in 5954th place worldwide. Yet this was only the beginning, as her growth was rapid the next, qualifying for the Regionals and coming in 18th place in Australia.

While this was not enough for her to move on to the Games, that would change the next year when she competed in her first Games in 2015. From the start, it was clear that she had the makings of a future champion, coming in second place at the Games behind Katrín Davíðsdóttir, earning Rookie of the Year honors.

As fans would come to find out through, Toomey is defined by her tenacity and willingness to grow and evolve as an athlete. While it was clear that she was insanely talented, she came up short to Davíðsdóttir again in 2016.

Except this would only serve as a springboard for the adaptations needed to propel her from a great competitor, to one of the best strength sports athletes the world has ever seen.

The first time that Tia-Clair Toomey won the CrossFit Games was in 2017, after coming in second in Australia’s Regionals, and eighteenth in the Open. Her battle with Kara Saunders that year went down as one of the most exciting contest finishes in CrossFit history.

Little did anyone suspect that this was the beginning of what would go on to be one of the craziest runs in sports, much less CrossFit. She won the Games in 2018, 2019, and 2020 as well, with that latter one setting a new record for most wins at the Games, for women.

However Toomey has skills that are not just exclusive to women, as would become evident in 2021’s CrossFit Games, which just wrapped up. The first thing to say about that win, is that it was fairly dominant throughout, with Tia-Clair being a sure-thing for the winner before the final two events even took place.

On top of that, with her fifth consecutive Games win, Tia-Clair ties the record for most wins regardless of gender, matching her teammate and recently retired friend Mat Fraser. Furthermore, she broke Mat’s record for most individual event wins at the Games, which was 30 going into the 2021 contest, but now sits at 33 thanks to the Australian queen.

So it is clear that this point that Toomey is the greatest CrossFit athlete of all time, but as it turns out, this is only part of the equation that makes her such a special athlete.

Shortly after she began competitive CrossFit in 2013, Tia-Clair Toomey scored a then-personal best snatch of 187lb. Given that this came just six month after she started weight training, this got the attention of weightlifting coach Miles Wydall, who encouraged her to hone her craft and try out for the Australian Olympic team.

After spending just a year and a half focusing on Olympic weightlifting, Tia-Clair tried out and made it on Team Australia, qualifying for the Olympics after coming in third at the 2016 Oceania Weightlifting Championships. This led to competing at the 2016 Sumer Olympics in Rio, where she unfortunately did not medal, coming in 14th place with a performance that was below her best.

However Toomey did not give up on Olympic weightlifting without a fight, returning for the 2018 Commonwealth Games. Competing at 58kg, Tia-Clair won gold in this event, putting up a strong 443lb total.

As if this was not enough Olympic exposure, Tia-Clair also announced before competing in the 2021 CrossFit Games that she is going to compete in Australia’s bobsledding team, with the hopes to qualify for the 2022 Winter Olympics. She had her first event shortly thereafter, where she was the brakewoman in a two-woman sleigh, winning two races in South Korea.

At this point, it is impossible to deny it: Tia-Clair Toomey is a one-of-a-kind athlete, whether in the world of CrossFit, Olympic weightlifting, or even bobsleighs.

What Makes Tia-Clair Toomey So Special?

There are a lot of ways to answer that question, with the most obvious being that the way Tia-Clair Toomey has been able to find success in a variety of sports, at the highest of levels, at just 28 years of age, is special in itself. But that’s not really a satisfying answer.

Instead, in order to understand what makes this Oceanic titan a true force of nature, one has to look into the qualities that she possesses. Not just the physical ones, though those are clearly something to behold, but also the mental fortitude that she posses.

Sure, Toomey stepped into the sport of CrossFit with a ton of talent and skill right off the bat, but she did not find success overnight. She had to work at it, coming back no matter the setbacks, and never letting the seeds of doubt creep into her head.

This was the same principle that applied to her Olympic endeavors too, coming back to win gold after fumbling at the Rio Olympics. This type of never ending perseverance and ability to shake off defeat is what elite athletes are made of. It’s what champions are made of.

It’s what Tia-Clair Toomey is made of.

When future generations look over the history of athletes and accomplishments that have occurred, it will be impossible to leave Tia-Clair out. This is simply because she is quite simply the fittest woman the Earth has ever seen.