Find out more about bodybuilding legend, Lee Labrada. Learn about his workout plans that helped him dominate the sport of bodybuilding back in the 1980s and 1990s. 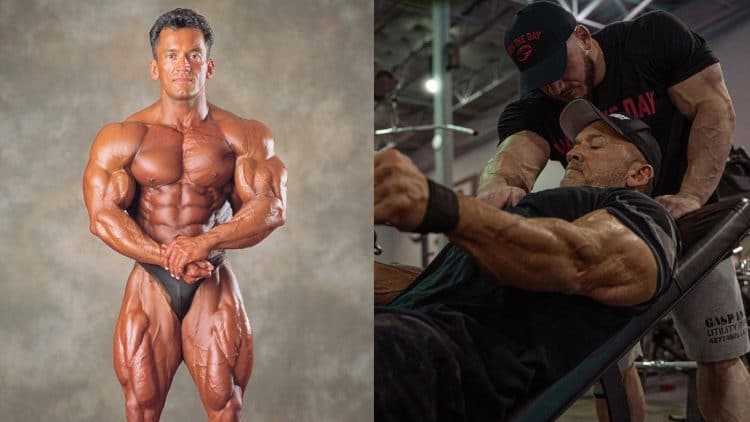 Lee Labrada was one of the best bodybuilders of the 1980s and 1990s. While he won more than 20 titles, he never earned the elusive Mr. Olympia crown, but he came very close on several occasions. In this article, we reveal how Labrada trained to build his classic physique.

Most bodybuilding fans are familiar with the Labrada name. After all, Hunter Labrada is one of the best bodybuilders at the moment, and Labrada Nutrition is a highly respected sports nutrition company.

However, the Labrada name has been part of bodybuilding for longer than a lot of people realize.

Lee Labrada, the father of Hunter, was a professional bodybuilder back in the 1980s and 1990s. While Labrada was small in stature (just 5’ 6” and competed at about 185lbs), he was impressively muscled and always very lean.

With a physique reminiscent of golden-rea bodybuilding legend Frank Zane, Labrada was often the smallest man on stage but still won an impressive number of titles.

Labrada still trains and is in excellent shape despite being on the wrong side of 60. However, his workouts are very different from those he used to build his award-winning physique.

In this article, we reveal some of the workouts Labrada used back in his bodybuilding heyday.

Like most pro bodybuilders in the 1980s and 1990s, Labrada used a high-volume approach to training. Twenty sets per body part were common, and two-hour long workouts were the norm. A few bodybuilders used a low volume approach, most notably Mike Mentzer, who famously used high-intensity training, but they were the exception to the high-volume rule. 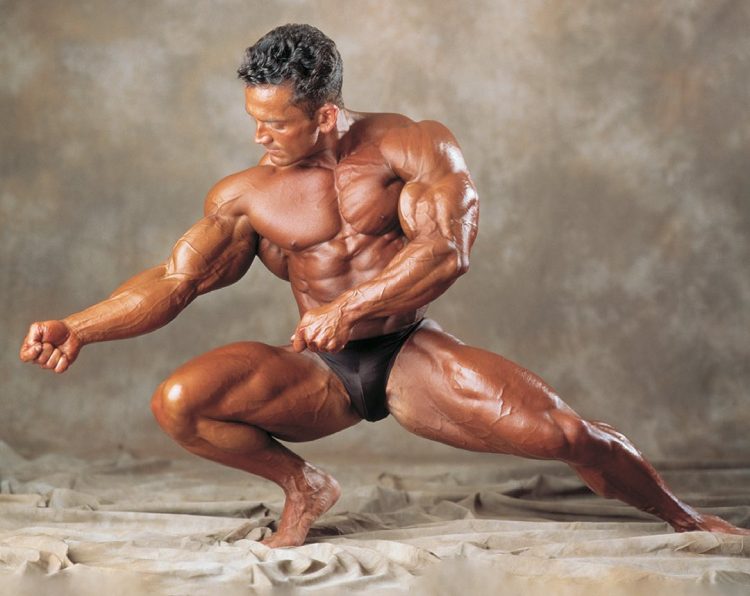 Labrada used several different split routines, switching from time to time to prevent boredom and training plateaus. However, the go-to split that he used most was a push/pull/legs routine like the one outlined below:

Each workout involved several exercises per muscle group to work it from various angles. The larger the muscle group, the more exercises Labrada used.

Labrada was also known for his no-nonsense approach to training. He worked hard and fast, resting no longer than absolutely necessary between sets. He also trained intensely, taking many of his sets to failure. This helped him not only build impressive slabs of muscle but also kept him lean.

Like every bodybuilder who has ever lifted a dumbbell, Labrada had many different workout routines and changed programs regularly to maintain his progress. After all, if you stick to the same schedule for too long, eventually, even the best workouts will stop producing results.

That said, here is one of the workouts Labrada reportedly used during the peak of his competitive career.

Should You Try the Lee Labrada Workout?

It’s very clear that Lee Labrada’s high-volume training approach worked for him, and it could work for you too.

However, it’s essential to recognize that Labrada was a gifted athlete with excellent recovery abilities. As a professional bodybuilder, his diet was also spot-on, and he didn’t have to try and balance his workouts with his job. Training WAS his job! Also, Labrada gradually worked up to this type of workout over many years of consistent training. This workout represents the peak of his training career.

So, while you could train like Lee Labrada, that doesn’t mean you should, and a lot of bodybuilders will get better results from a less voluminous training program.

If you do decide to train like Labrada, make sure you are eating well, have no injuries, aches, or pain, can pay plenty of attention to rest and recovery, and don’t have too much stress in your life. Also, monitor yourself for signs of overtraining.

It’s always fascinating to read about how champion bodybuilders train. What is often most surprising is how NORMAL their workouts are! They do the same exercises as you and me, and there are no secret programs or magic exercises.

In many cases, the difference between champion bodybuilders and people who lift weights recreationally is genetics; the champs are seemingly programmed to grow. They’re what a lot of people would call easier gainers, or mesomorphs, who are people who build muscle easily. Some use performance-enhancing drugs like steroids, but that’s a topic for another article.

So, while you can train like Lee Labrada, you should not expect to end up looking like him. Your body will probably respond very differently to a Labrada-style workout. That said, you won’t know unless you try.

Just remember that the combination of high training volume and workout intensity will take a lot out of your body, so make sure you respect the need for rest and recovery and eat healthily to support your workouts.

Hunter Labrada issued a statement regarding his seventh-place finish at 2022 Mr. Olympia a few weeks ago. In a video...

Bodybuilding veteran Lee Labrada is back sharing some useful workout tips. In a recent Instagram video, the 62-year-old walked fans...