Laurence Shahlaei Looks Incredible In The Gym After Injury 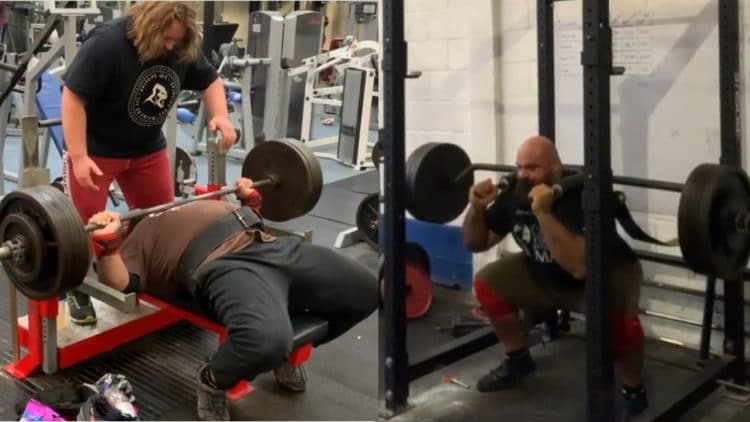 Laurence Shahlaei has had some injuries keeping him on the sidelines. However, he is back in the gym, and looks like he never missed a beat.

However, Laurence Shahlaei has also been dealing with a bit of a setback recently. A string of injuries have kept him sidelined for several months. He has had problems with his calf which he has been nursing for a bit. Nevertheless, a recent Instagram post shows that he has returned to training, and looks better than ever. While he is lifting a little lighter than normal, due to the injury, he hit some pretty hefty paused squats.

“Good leg session today. Worked upto a post injury pb of 280kg. It felt easy but coming back from injury is mentally very had and there is always a voice in your head that you need to battle with.

Happy though. Followed this with 3 sets of 5 paused squats with 200kg then leg press leg curls and some calf/Achilles rehab.”

In the post, Shahlaei opens up about the mental side of recovering from injury. Not only that, but he posted another video of an intense workout. Although this clip displays him hitting a 200kg deadlift triple.

“200kg x 3 reps x 2 sets from today. Not too far away from my bench being back to its best. It’s always been my weakest lift but confident of making some decent progress in 2020”

It is good to see Laurence Shahlaei getting back to action, after being sidelined from injury. It is unclear when he will be returning to competition, but he is sure to be motivated to perform well when he comes back.