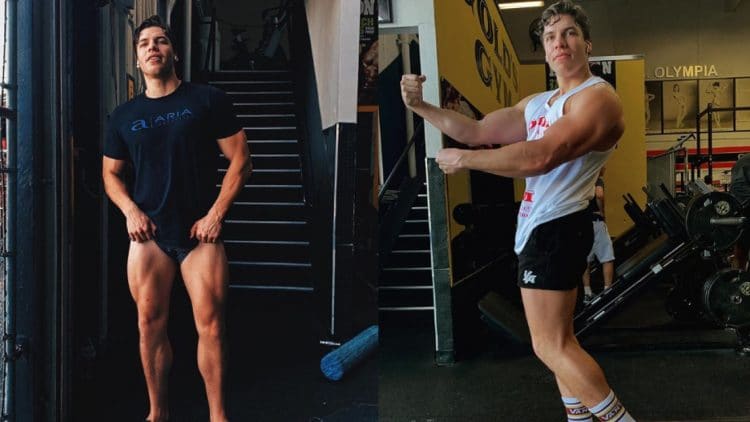 Joseph Baena is the son of bodybuilding great Arnold Schwarzenegger. To end the year, he is beginning to look more and more like his dad.

Baena is not only Arnold’s son, but he is truly beginning to make a name for himself separate from his dad’s. He has started out his athletic career fairly casually, balancing between that and college. Nevertheless, he has finally announced that he would be pursuing the same field as his father. As such, he has begun to really look incredible, even mirroring the Olympia champ.

Baena continued to show his impressive physique in a pair of posts to Instagram. As he explains in the first post, he is looking to get some serious pumps in during the next year. What draws the most attention though, is just how giant his arms look in the picture.

“Anyone else gonna go into 2020 with a sick pump? What are you training on NYE?”

This intense looking picture from Joseph Baena is not the only end of the year update he has given. A few days earlier, he showed off his incredible legs, too. This picture might just be more jaw-dropping than the earlier one. He truly looks like he could crush a watermelon between his thighs.

“Been training real hard to grow these legs. Still got a ways to, but just very happy with the improvements I’ve made in the last year.
What improvements have you made this year?”

The end of the year is without a doubt, a time to reflect on one’s progress towards their fitness goals. Joseph Baena decided to take this time to look back on his changes and see how much he has grown. It is safe to say that he is happy with his progress but still focused on getting better.