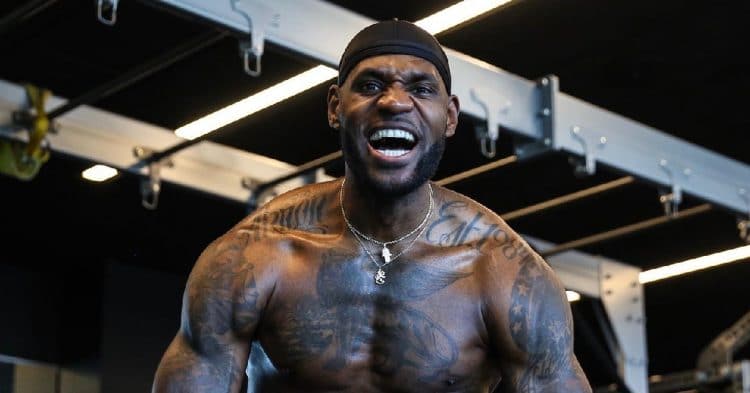 You may think that a superstar like LeBron James would have an extensive home training facility that he can use during this period of downtime. However he showed recently that even he can reap the benefits of working out with minimal equipment, and still have a good time.

James is on the shortlist for the greatest NBA players of all time, especially in this era. Spending the majority of his career playing for the Cleveland Cavaliers, he also had a stint at the Miami Heat, before recently settling down with the Los Angeles Lakers. However no matter where he goes, one thing remains the same: he always performs at the highest level of the sport.

Being as he is such a high level athlete, it makes sense that LeBron James is always training, even during this period where things are a little crazy and uncertain. Although it is true that he has a rather nice home gym set-up, he decided to take to Instagram recently to show his fans that was not necessary to have a strong training session. He did this, with some resistance bands, a single dumbbell, and a battle rope.

James does everything here, from battle rope variations, to Palloff Presses, and even one-arm weighted situps. The focus is clearly on strengthening his core, and he seems to certainly be doing that with little issue. On the other hand, it would be curious to see if he has any home workout plans for anything other than core training.

All things considered, LeBron James is one of the most gifted and skilled athletes of the generation. Therefore it is rather surprising to see that he can still get a good training session in, even with such minimal equipment. Either way, these are absolutely some good workouts to do while at home, if you have the gear.

13 Next Level Push-Up Variations For Mass, Strength, and Performance

Life has a frustrating way of getting in the way of your workouts. It’s like the universe doesn’t want you...

Nothing will kill your gains like missing workouts. While you should do your very best to train consistently, it’s not...