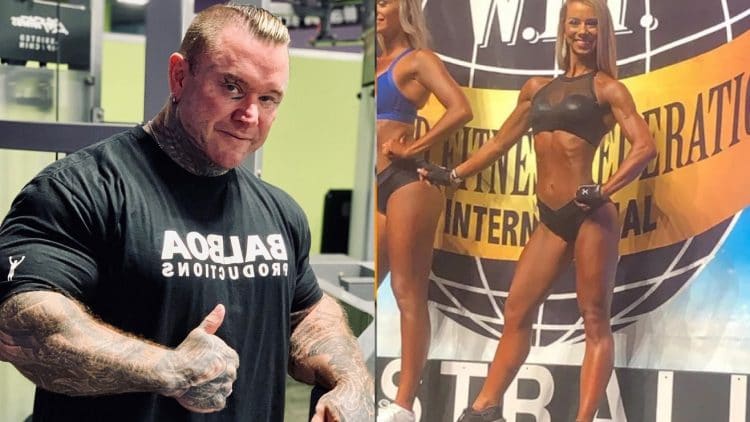 Lee Priest is a legendary bodybuilder, having competed for over twenty years. It seems that this skill was passed on to his daughter, as she has just earned her Pro Card.

Priest competed as a bodybuilder from 1986, to 2006, achieving great levels of success. He competed multiple times at the Mr. Olympia, scoring as high as sixth place. Moreover, he won the NABBA Mr. Universe as an amateur, when he made a one-off return to action in 2013. He had a highly credentialed career,

Aleigh, the daughter of Lee Preist, seems to be following in his footsteps. Over the weekend, she competed at the Australian Nationals, as a Glamour athlete, as well as Sports Model. While she only earned second place in Glamour, she did manage to win the Overall Sports Model title, earning her Pro Card in the process.

While this is not technically bodybuilding, it is along the same vein of athletics. Therefore, Lee Priest could not be more happy for his daughter, as she earned her WFF Pro Card. The fact that at the same time, she almost won two different divisions, speaks to how skilled she is. As a result, it will be interesting to see how she does in a professional setting.

While he is not competing as a bodybuilder anymore, Priest has been an ambassador for Australian bodybuilding. He has paved the way for many newcomers to the sport in that region, even getting his own NABBA show in 2015. He has become a massive influence for aspiring bodybuilders.

Taking a look at his daughter, it is clear that Lee Priest has had an influence on her as well. Congratulations on her earning her Pro Card. It will be fun to see how she carries on the family name.

How to Build Bigger Triceps with Skull Crushers