The former third fittest man on Earth explains why he's done with the Open. 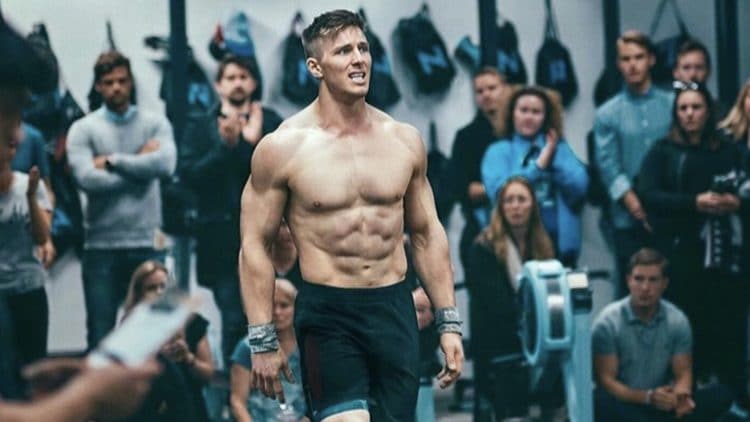 Lukas Högberg has had enough.

Late last week the former third fittest man on Earth announced he was done with the 2020 CrossFit Open. The move shocked many in CrossFit.

“I decided to not continue with Open this year. It’s been a long season for me and a lot of stress around me. I don’t feel that this Open s*** show gives me any motivation or enjoy in my training and career as a professional athlete🤮 Now my focus will be to get rid of the stress around me and start with a good training rhythm and be ready for the real competitions 💥💪🏻

““I had a really stressful period in my personal life and to top it off I caught a very bad flu just a few weeks before the Open started … basically the worst start ever of my competition season,” he told the Morning Chalk Up.

18.1 (T2B, rowing, DB Clean and Jerks) wasn’t great for Högberg: “I had a very bad first placement and it really messed with my head,” he said. But he pulled himself together, scraped into Regionals and well, the rest is history.

“Regionals were great and then of course the Games ended with a podium finish. That was probably the happiest day of my life,” Högberg recalled.

“I really was looking forward to get some rest after 2018 Games, but then out of the blue, CF announced that they would be changing everything but they really did not tell us sh**!”

Högberg would go on to explain that lack of communication played a factor in his decision. In other words, CrossFit is Hogberg’s job and he felt he was in the dark about the 2020 CrossFit Open.

A vet of the CrossFit Games Högberg placed third place overall in 2018. For the past eight Opens, Lukas Högberg has placed in the top 90 every time.

The 2020 CrossFit Open is finally wrapped up. Now the results are final, and we know who has earned their...

The CrossFit Open concluded over a month ago. Despite that, it seems they have not finished reviewing the video submissions,...