World log Lift championship is happening this Saturday, will the elusive 230kg record be broken? 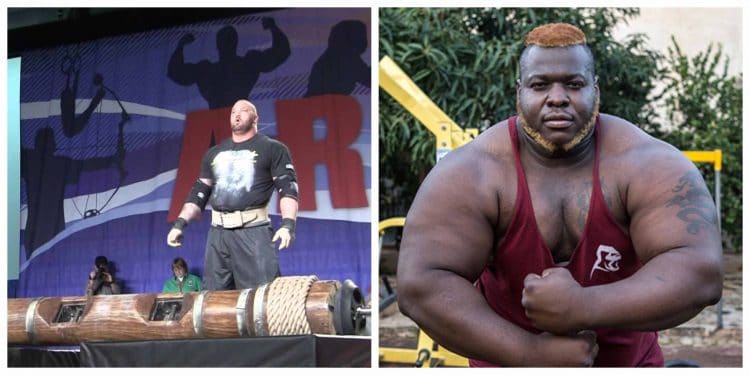 Europe’s strongest man event is happening this Saturday and the first discipline is the World Log-lift Challenge. It will be a separate event that will allow guys from all around the world to compete and not just European athletes.

This year a lot of guys are aiming at the world record of 228 kg which was set by the Lithuanian powerhouse and arguably the greatest Strongman ever- Zydrunas Savickas.  Since “Big Z” is pushing 40 he’s gotten a bit more injury prone and decided to take a year or two off and let other guys try and catch up with his accomplishments and records. So now, every top Strongman athlete has decided to attack the throne now that the King is hurting.

Since this is the first event of Europe’s Strongest Man competition, A LOT of guys are going to be competing and it would be pointless to cover every single one of them. Besides I’m sure that the top guys that are gunning for the title of Europes’s Strongest Man will be a bit more tactical when approaching the competition. What I’m gonna do now is, go through a potential top 5 listing and explain my picks.

The guys that will more than likely place in the top 5 are; Larry Wheels, Halfthor Bjronsson, Iron Bibby, Hicks, Robert Oberst. I would place Shaw on the list but that elephant bar deadlift from Arnold’s messed up his hamstrings badly so he had to withdraw from the competition.

This man is massive, athletic and very strong. He pulled the world record weight(228kg) in training recently and does +210kg regularly in training. If anyone’s gonna takeout Big Z’s record it’s gonna be the African Rhino himself, Iron Biby. 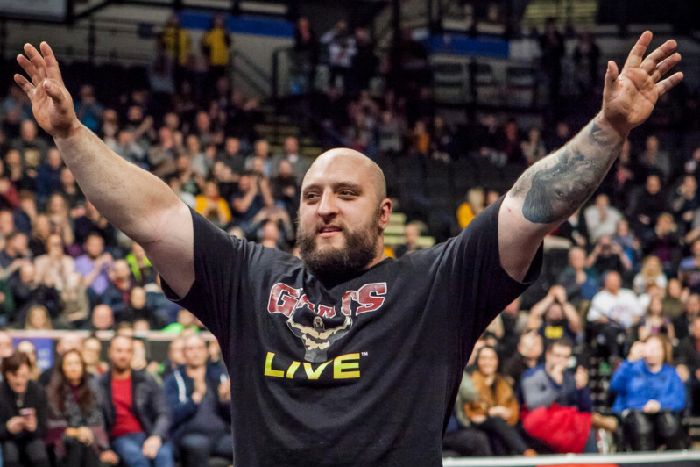 “Hixxy” is the current “Britain’s Strongest Man” titleholder who regularly hits +200kg log presses in his training, with him peaking at 220kg lift this week.  If he hits anything close to his training weight come Saturday night, he places in the top 3 easily. 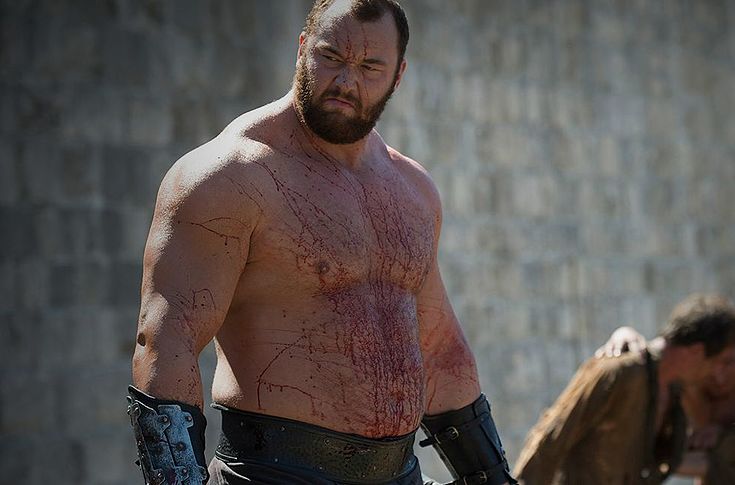 Winter is coming… and so is Hafthor Bjornsson. He’s the current; World’s Strongest Man, Europe’s Strongest Man, Iceland’s Strongest Man and probably even Hollywood’s strongest man. Last year he won every event he competed in and continued this trend this year by winning the Arnold Strongman Classic, which had the Austrian Oak event. Thor pressed 195kg two and a half times. Since this will be a single rep event with a weight increase I’d say Thor could easily go for +205/210 kg range and place in the bottom 3-5 position. Not that he’s weak or anything, I just got a gut feeling a lot of other guys that are log lift specialist are sporting a massive hard-on at the thought of being the guy to beat Z’s record and will probably squeeze out Thor. Also, keep in mind he’s more than likely looking at the bigger picture here- defending his title as Europe’s Strongest Man for the 3rd year in a row(5th in total). 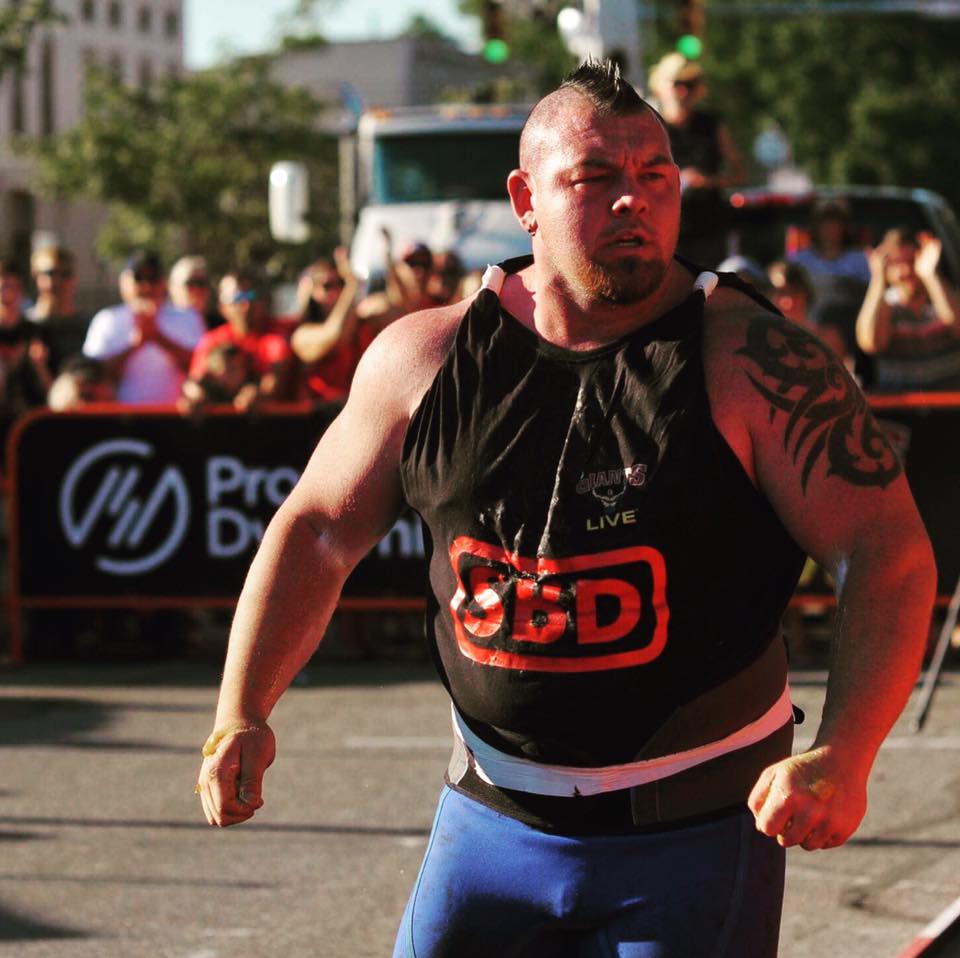 Rob is better known for his Insta handle as “World’s Strongest Gay” he is, I believe, the first openly gay Strongman. Also worth noting, he is also one hell of a log presser! Three days out of the log lift championship and he’s pressing a new (unofficial) American log press record. There’s a solid chance that come competition day he breaks that record and goes even higher. I’m placing him just below Bjornsson because I think Thor will come in strong and ready. He has a very good timing of his strength and unless one of the guys pulls an upset, Mountain will crush. 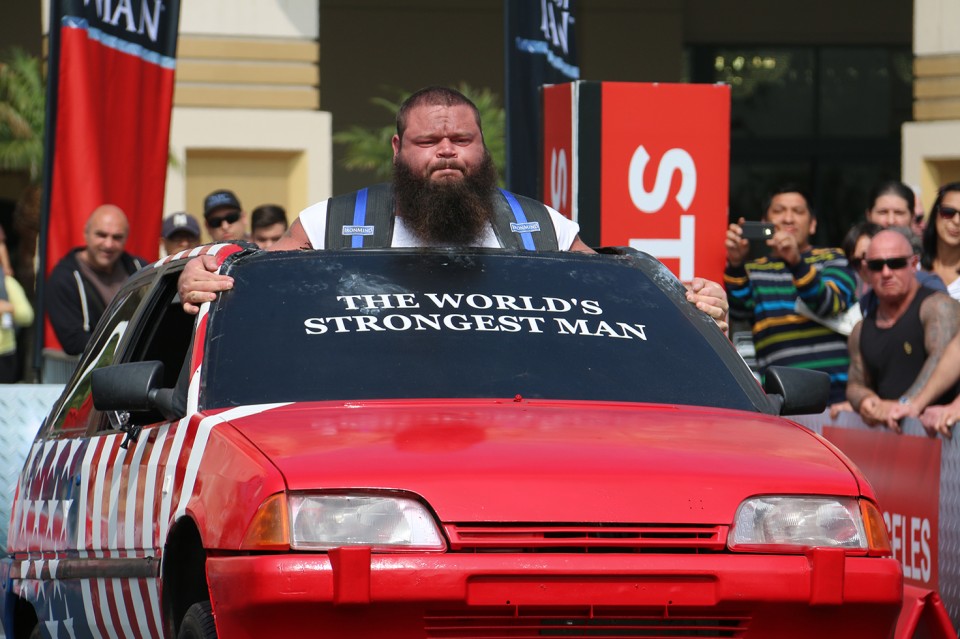 Speaking of American log lift records, guess who it currently belongs to? That’s right, this guy right here-Robert Oberst, he set it back in 2015 at Arnold Strongman Classic Australia. He’s a very underrated guy when it comes to log lifting because of all the other guys that are just that damn better than him. He’s always rubbing elbows with Brian Shaw, Eddie Hall, and other top guys but he’s just never had the achievements they had. Just because this year’s Log lifting championship is STACKED, I think he places somewhere around fifth place. Maybe he gets pissed off enough, angry enough and pulls some solid numbers…maybe he doesn’t. Either way, he will compete and place somewhere in the top five.

Honorable mentions; Larry Wheels and Mateusz Kieliszkowski. Yes, I know I picked Larry as one of the top 5 guys, but I changed my mind when I saw who else is competing and compared their numbers to Larry’s.

The superhuman record-breaking monstrosity that is the young Larry Wheels has been leaving the internet in sheer awe of his awesome strength feats. Early this year, he set his sights on another sport to terrorize with his immense power and went to Iceland to train Strongman with….Ser Gregor Clegane. Yes, Larry is so damn competitive and power-hungry he straight up went to the best damn guy on the planet to train in his back yard. Larry achieved a LOT in a short time he worked with Hafthor and his current best log press is about 202(ish)kg. Let’s say on competition day he equals his best training numbers and adds maybe a couple of kgs. That’s still below the top 5 guys that are either aiming for the world record or American record. If he continues his path of destruction in the following years, he’s going to be a top Strongman guy very soon, I just think this isn’t his year.

Mateusz is the king of stones. No one can touch him when it comes to anything stone related, and that’s not even me being flattering…it’s just fact. His upper body strength is insane and it just so happens that log lifting is also one of the lifts he’s quickly getting better and better at with each passing year. I’m putting him out of the top 5 because; a) I’m not sure how much he got hurt at the elephant bar deadlift at the Arnolds(the same event that took Brian Shaw out of competing at the log lift championship this weekend) and b) it’s very crowdy at the top 5 and I’m not sure if this is going to be Mateusz year. I also have to bear in mind, he will be surely want to place high overall at Europe’s Strongest Man meaning he may have to sacrifice placing here to get some much-needed points somewhere else.