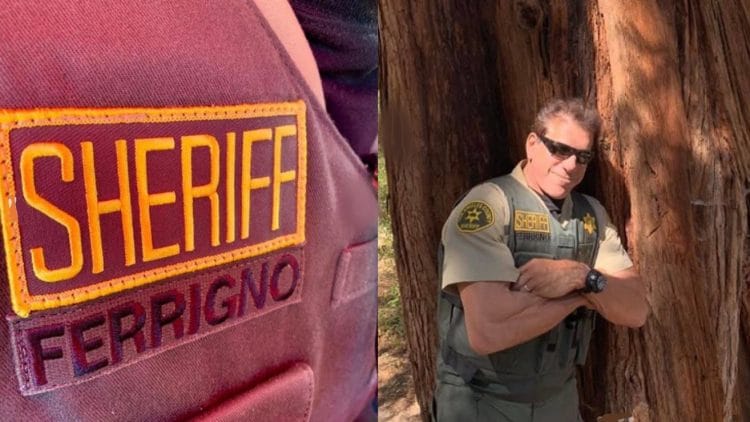 Lou Ferrigno has long since moved past his role as the Incredible Hulk. However, he is now going to be something of a real hero, as he becomes a deputy.

Ferrigno is one of the most famous bodybuilders of all time. This largely came as a result of his role in the televised Incredible Hulk show from the 70’s. Nevertheless, he was forever cemented in bodybuilding history books for his contributions to the sport.

Now it seems that Ferrigno is being honored in a way that has nothing to do with the sport. According to reports, it seems that he is will be getting deputized in Socorro County, New Mexico. As a result, he will be granted law enforcement responsibilities, in this role of Sheriff’s Deputy. Speaking recently in an interview, he explained why this means so much to him.

“This is not a costume,” Lou Ferrigno explained. “This I take very seriously and I’m very excited, very proud to be a deputy because my whole life I’ve always wanted to be a sheriff.”

“People assume it’s just an honorary thing,” Ferrigno continued. “It isn’t, because I’m certified and I have police powers which I’m very proud of. I went through all the driving, the shooting, the studying and it changed my life and I’m very happy to be a real-life hero, protecting life and property.”

As he explains, Ferrigno came from a family of police officers. His father was an NYPD lieutenant, so he was always inspired by the boys in blue. Nevertheless, he is certainly taking this seriously, and it means a lot to the 68-year-old. There is no doubt that when he is sworn in on Thursday, this will be quite an emotional moment for him.

It would be curious to know which means more to Lou Ferrigno – winning Mr. Universe or the honor of becoming a Deputy. Either way, congratulations to him for achieving such an accomplishment, especially at his age.

Regular Squats vs. Box Squats – Which Is Best For Building Powerful Legs?