Luke Sandoe Gets Some Work In With Heavy Dumbbell Presses 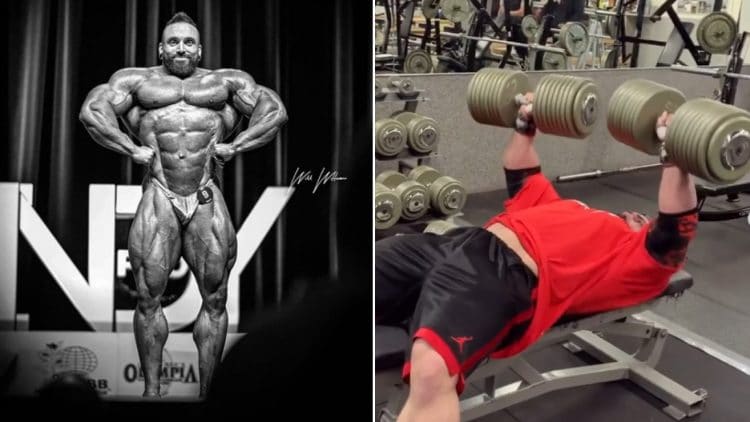 Luke Sandoe is looking to have a big year in 2020. In order to do that, he has been putting in some hard work in the gym, as he showed recently.

Sandoe is a very promising bodybuilder, who had a strong 2019. He took the stage for the first time at the Mr. Olympia. Although he could have performed better, he wound up at a respectable 11th place position. As a result, he was left with tons of room to grow, but with some potential in the eyes of those who watched him.

However, it seems that Luke Sandoe is wasting no time to work on this growth. While he has not confirmed his next contest, he is not taking any time off from training. As he showed in a recent Instagram post, he is busting out the big weights. The video shows him hitting some hefty dumbbell presses, using 220lb weights.

As Sandoe explains in the post, he is working on getting his reps up, doing this exercise. In the set that he shows here, he manages to hit four reps. However, he would falter on the fifth, dropping them before he can get them up. Nevertheless, it was still an impressive set all the same, even though he wants it to get better.

Luke Sandoe is one of the most interesting prospects to keep an eye on this year. His career is finally starting to pick up, with some big moments last year. Hopefully, he will be able to continue the momentum that he is starting the year out with. When he takes the stage for the first time this year, it will be exciting to see how much he has grown already.