The 2021 CrossFit Open begins this week, with Stage One serving as a stepping stone for qualifying for the 2021 NOBULL CrossFit Games. 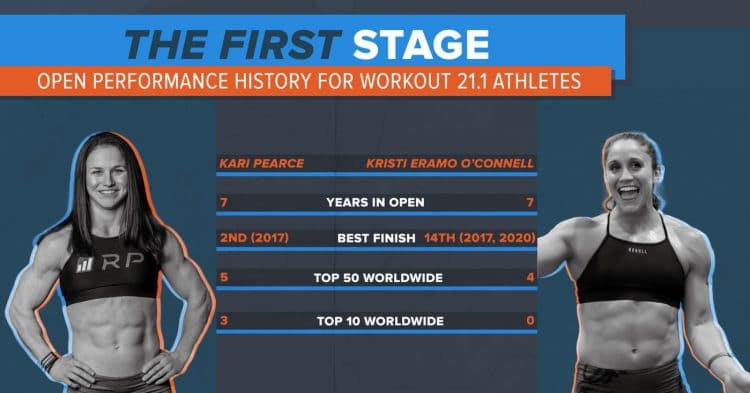 The 2021 CrossFit Open begins Thursday, with the first stage of the CrossFit Games functioning as a key qualifier for the CrossFit Games Finals this summer. The Open is the annual competition for hundreds of thousands of athletes all over the world to compete, and this year is being touted as the “most inclusive yet.”

This year’s athletes have a myriad of choices, included scaled workouts, equipment-free workouts, and Rx’d, and divisions for individual, masters, teenage, and adaptive divisions. Last year, and in 2019, the Open workouts were announced from a CrossFit affiliate or alternate location.

This year, those announcements will be made from the CrossFit home office in Scotts Valley, California.

One thing that isn’t changing this year is the fan-favorite athlete matchup.

How to Watch the CrossFit Open

The CrossFit Open will stream on the CrossFit YouTube channel. The athlete matchups will take place at 5 PM PST/8 PM EST Thursdays, with the first airing on Thursday, March 11, 2021. CrossFit Open 21.1 will be presented by FITAID.

Qualifying for the 2021 CrossFit Games

Here’s how Semifinals will look by the continent:

Once the Semifinals are complete, 38 men, 38 women, and 38 teams in total will qualify for the CrossFit Games. The Last-Chance Qualifier will have 2 men and 2 women moving onto the Games.

How to Write A Bodybuilding Program