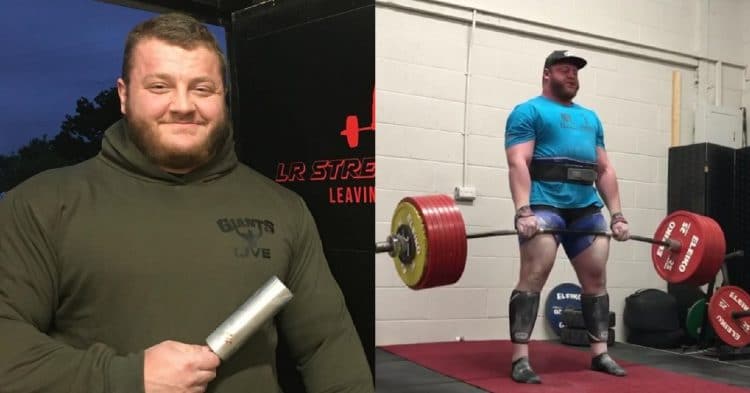 Over the last few years, Luke Richardson has truly developed into one of the most elite strongman athletes on Earth. He was putting his skills on display full time with a massive deadlift set recently.

From the moment he burst on the scene, Luke was met with high expectations. He became the youngest person in British history to total over 1,000kg, back in 2018. Since then he has proceeded to reach new heights in the sport, proving to also be a legitimate powerlifter along the way.

This lifting prowess was on full display yet again, with a recent Instagram post from Luke Richardson. It was here that he was seen blowing through a humongous 904lb (410kg) deadlift for three reps. As crazy as that sounds, he explains that this was his heavier than his previous best single, and he just did it for reps.

Although it was very clearly not an easy pull, Luke does not seem to struggle overall with the three reps. While he is no stranger to doing amazing deadlifts, they are usually done with an axle bar. Moreover, this was on a different level regardless, as it was the heaviest he has ever deadlifted.

Of course, when you consider the type of effort Luke has been showing recently, this lift comes as little surprise. Even when he is doing what he calls “light” training, he has landed some impressive numbers. Take for example, this session from a week prior that sees him pulling a 749.5lb (340kg) triple for three sets.

Comparisons have been made between Luke Richardson and the likes of Eddie Hall. Judging by the results we have been seeing from him lately, it is not hard to understand why. His deadlifts have been reaching another level, and it will be fascinating to see how much better he gets.