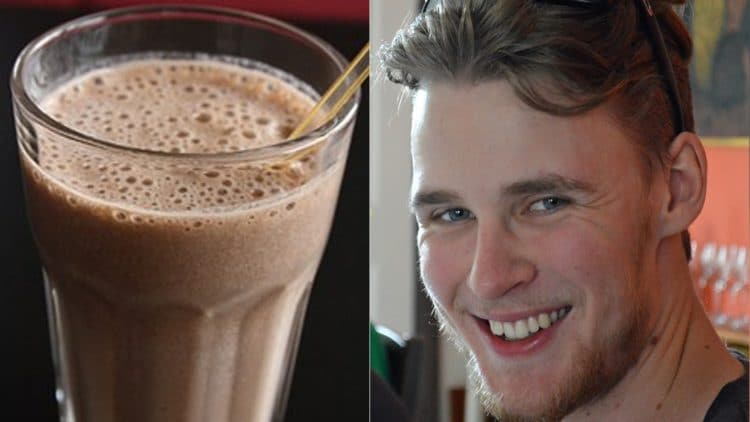 It’s not often we hear of someone dying from protein shakes or even caffeine consumption (Although the latter is more likely). But, as we know, too much of anything can have dire consequences.

Lachlann Foote was a 21-year-old from Australia who had an interest in music and he lost his life much too early after drinking a protein shake loaded with caffeine. Now, for many, it’d be hard to believe he passed away from drinking this nutritional shake.

And many thought the death was drug-related. However, Foote’s father, Nigel Foote, explained on Facebook that a toxic level of caffeine was found in his system. And there was only a small amount of alcohol found (.043).

“I think my protein powder has gone off. Just made an anti hangover/workout shake and it tasted awful.”

The friend asked, “how“?

But the last text he sent was, “cya in the morning”. Unfortunately, morning never came for the young man as he was found dead on his bathroom floor.

So, his father wrote a lengthy Facebook post to explain what likely happened and explained that his son innocently took too much caffeine powder which a friend or work associate likely gave too him. It was concluded that he did not purchase the caffeine after his family and police did not find any purchase history on his computer or bank statements.

Nigel Foote explained that he took the powder not knowing how potent it was and overdosed. “A teaspoon is lethal,” he wrote. “The equivalent of 25-50 coffees.”

But he wanted to make his son’s friends and everyone else aware of how dangerous this powder. “We’re concerned that there might be other young people in his circle who bought or shared in this batch of pure caffeine powder and, like Lachlan, be unaware of the danger… hence this post“.

Nigel Foote then went on to say how it’s upsetting that the product is legal and available in Australia but banned in The United States.

“It’s scandalous that this product has not been banned in Australia (as it has in America) and we feel that the NSW Food Authority, and Food Standards Australia New Zealand (FSANZ) are failing in their duty to protect consumers.”

“It’s just insane that something so dangerous is so readily available. Please warn your friends, talk to your children… and perhaps check your kitchen cupboards…pure caffeine powder looks just like any other white powder… but a heaped teaspoon of it will kill you“.

To Lachlan's friends and the Blue Mountains community:While I don’t wish to keep raising the subject of Lachlan’s…

Train For Full Body Gains And Function With The Renegade Row