The 4x Men's Physique champion might be hinting at a switch to the Classic Physique division! 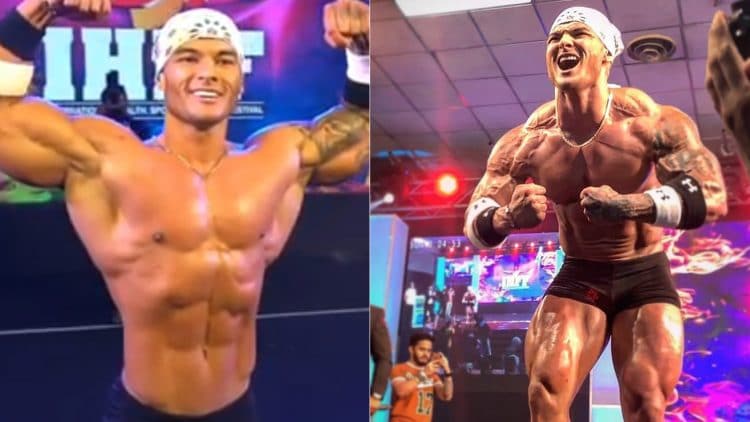 Now, he placed fourth last year which was disheartening for him but it seems as if he was hinting a Classic Physique changeover after making a guest pose appearance in India.

Buendia looked great as usual and was doing quite a few Classic Physique poses but now he has us wondering… is he making the switch?

“What a blessing to share this with my fans here in India as well as my good friend @beingajay_who is also a @team_buendia athlete and India Native 🇮🇳 🙏🏽 I hope everyone enjoyed the show!“

Now, there are some differences between Men’s Physique and Classic Physique. Men’s Physique is based more on an aesthetic look like fitness modeling but with personality and stage presence being a big part of the judging criteria as well. The men also wear board shorts and so the upper body focus is wide shoulders and a tapered waist.

Classic Physique is like the Open class but competitors are not as big and the focus is more on a slim waist and big, ripped muscles like the days of Arnold Schwarzenegger. These competitors are in posing trunks like a typical bodybuilding contest.

So, we’ll keep you posted if we learn of any information regarding his competition plans.

How to Do The Reverse Crunch – Tips, Benefits and Variations

This year's season of bodybuilding is in full swing, and Men's Physique competitors like Erin Banks are preparing for 2022...