Author and former athlete Mark Sisson explains the importance of being metabolically flexible to maximize fat-burning. 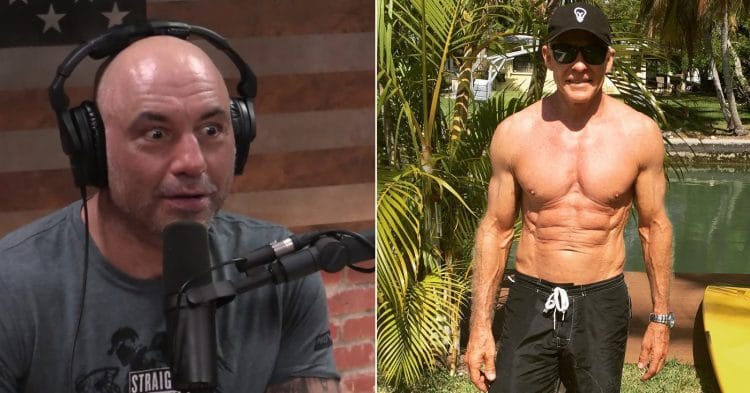 The Joe Rogan Experience podcast has become a go-to source for information on a wide range of subjects, as the comedian and UFC commentator regularly has the best of the best experts on his shows that stream exclusively on Spotify. Although clips are uploaded to YouTube. He recently interviewed American author, former athlete, and author of Primal Nutrition Mark Sisson who discussed metabolic flexibility, offering a lot of valuable information to listeners.

In fact, he feels so strongly on the subject that he termed metabolic flexibility “the holy grail”.

But What Is Metabolic Flexibility?

We’ll let him do the explaining…

“It basically describes your body’s ability to extract energy from whatever substrate is available at the time,” he said.

In other words, metabolic flexibility allows your body to maximize its fat-burning potential because it learns to use what’s available rather than being entirely dependant on carbohydrates as its primary fuel source.

The ketogenic or keto diet is a good example of this. The goal of keto is to keep dietary fats high, and carbs low enough to force the body into a state of ketosis. This is when the body creates ketones from fats that are metabolized and used as energy.

Sisson explained that people who never follow a keto diet or who’ve always had a carb-centric diet never burn fat efficiently or effectively.

“You’re really metabolically inflexible. Your body is just demanding that it continuously run on carbs and never tap into your fat stores. So, typically, you get incrementally fatter and fatter”

He talked about the importance of building the metabolic machinery necessary to be able to burn fat cells and ketones, and provided some very useful information.

Rogan asked what the best strategy is to achieve metabolic flexibility, and Sisson didn’t hesitate to answer, Keto.

The latter described how carbohydrates work in the body and how it’s common to have to eat every few hours to keep blood sugar levels stable and this cycle doesn’t lend itself to optimal fat-burning efficiency.

Also read: How To Break Through Keto Plateau and Achieve New Fat Loss

But how do you achieve metabolic flexibility without following a keto diet? While it’s more difficult than if you went keto, according to Sission, fasting is how you’d do it.

“Keto is such a better way to do it and the reason is you’re trying to prompt the body into making changes that it doesn’t want to make.”

He used the analogy of when you lift weights and give the body a reason to get bigger muscles although it’s not easy as the body is resilient to change.

“When you withhold carbohydrates from the diet, sugar in particular, but carbohydrates in general, and the body senses that it’s not going to get glucose for a while, it starts to go to a plan B which is to build the metabolic machinery to start to extract energy from the stored fat cells.”

But because of how we evolved over time, always having access to food and being wired to overeat as Sisson says, the body doesn’t have a reason to change how it functions. So now instead of using excess energy in the form of fat as a survival mechanism to give us energy, nowadays, being hungry has more emotional meaning, and it just continues to accumulate.

Use our keto calculator to find your ideal macro ratio.

Rogan asked how long it would take someone who eats a standard American diet to start burning fat through fasting but not following a keto diet.

Sisson says the body would still be seeking glucose at first because it hasn’t gone through the process that allows it to thrive on ketones. This period can be rather unpleasant and often causes something called “keto flu”. But he also says it’s ultimately counterproductive because it causes the stress hormone cortisol to strip amino acids from muscle tissue to feed the brain.

So what’s an ideal fasting period if the goal is to achieve ketosis? Sisson wouldn’t do more than 36 hours himself and that’s with adequate fat adaptation (ketosis). Rogan pointed out how some people go on three-five day fasts and report feeling amazing though.

Sisson explained that the ketones will make you feel energized and great but fasting that long isn’t typically accompanied by a lot of physical activity or working out.

He then talked about how fasting is used as an anti-aging strategy due to the cell regenerating process that he described in detail. However, he believes that being metabolically flexible makes the fasting process more pleasurable.

He also wanted to clarify that he was referring to achieving metabolic flexibility through intermittent fasting that involves eating two meals per day. In fact, he made it clear that he’s not even into multi-day fasting.

Try our intermittent fasting calculator for cycling between eating and fasting.

Sisson wrote a book on the subject and in it, he explained that after one develops metabolic flexibility, the goal should be to practice not eating for as many hours as possible throughout the day to experience the benefits he discussed.

“Most of the good things happen to us when we’re not eating,” referring to the repair and recovery process.

So with the two-meal per day program that most people who do keto follow, you’d eat a meal in the evening and then another meal at 1-2 in the afternoon the next day. Sisson likes to fast for at least 18 hours per day because it works for him. Although he doesn’t think everyone has to follow his routine exactly, he does suggest fasting for at least 14 hours, otherwise, most people aren’t doing anything a whole lot different.

But sometimes he’ll even go longer without eating, only having a meal per day, and he feels confident doing this because he’s metabolically flexible. Therefore, he doesn’t have to worry about losing muscle, not to mention, he believes his immune system benefits and he also has a lot of energy.

You can listen to this part of the episode below…

Check out our article on calorie cycling, a beneficial nutrition strategy for more fat loss.

Intermittent fasting is gaining popularity with every passing day due to the immense benefits it promises. There are several kinds...

Intermittent fasting is the latest buzz in the nutrition and diet industry. It provides excellent results without requiring you to...