Martin Tye blows past his record set at the 2019 Arnold Classic! 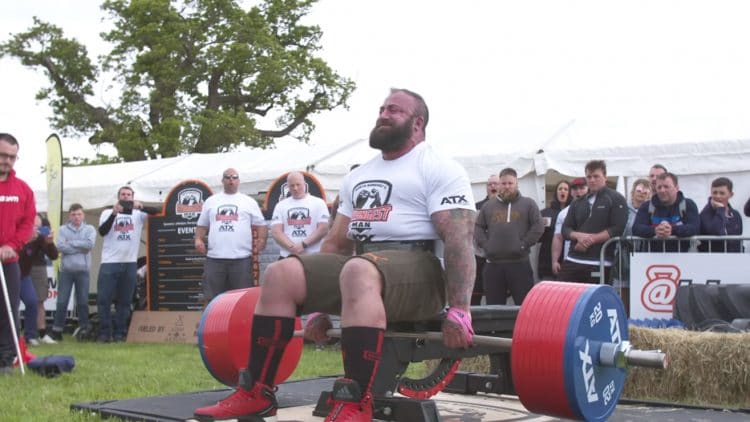 The World’s Strongest Disabled Man Martin Tye set the standard for the seated deadlift back in March at the 2019 Arnold Classic in Columbus Ohio with a 501kg seated deadlift. But now he’s surpassed this number and recently hit a massive 505kg/1,113lbs and 5 oz seated deadlift which earned him a spot in the Guinness Book of World records.

Martin Tye set this new record at the North Somerset’s Strongest Man event in Wraxall, United Kingdom… and he made it look super easy. But afterward, he explained,

“Although people said it looked easy, believe me it wasn’t”. And Tye doesn’t think he’s hit his potential yet as he’s full of confidence.

But despite his incredible lift, Martin Tye still doesn’t think of himself as an inspiration…

“I don’t feel I’m an inspiration, but if I can get people out of their seats doing the sport, I know it’s going to help them physically and mentally”.

Tye told his story at the beginning of the video and explains how a suicide bomber drove into the back of his vehicle which detonated while part of a convoy. He can’t feel anything from his knees down and struggles with lung issues. Tye was later diagnosed with Post Traumatic Stress Disorder but lifting changed his life for good.

And now he has his sights set on the World’s Strongest Disabled Man competition set to take place in Canada next month.

Congratulations to Martin Tye for his biggest milestone yet, setting a new Guinness World record and we can’t wait to see his performance in June.