It's the largest seated deadlift by any man in history! 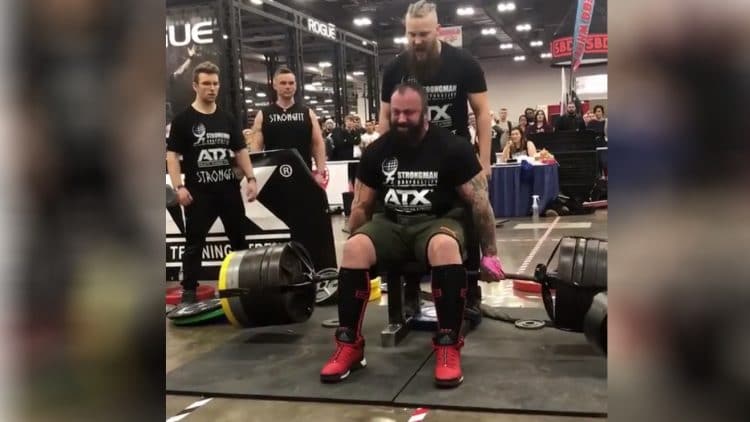 The Arnold Classic which takes place in Columbus, Ohio is one of the most exciting and competitive events showcasing the elite performances and physiques of the greatest fitness athletes in the World. Last weekend we saw some unbelievable feats of strength with the most notable coming from the current World’s Strongest Man and Arnold Classic champion Hafthor Bjornsson, who deadlifted 1,045 pounds on the Rogue Elephant Bar.

Tye successfully completed an incredible 501kg/1,005lb seated deadlift to surpass his own world record of 500kg/1,102lbs back in December to cement his name in the history books as the current “World’s Strongest Disabled Man”.

Martin Tye completed his first attempt of 408kg/900lbs before moving on to the beastly record-breaking weight.

Here’s the awesome video where he breaks his own World record:

“Second Deadlift. This is for the new world record of 501 kg, lifting more than any human has ever lifted before,” Tye wrote in his Instagram post after he broke his own record.

Now, Martin Tye’s amazing weekend didn’t stop after the deadlift event but he actually won the entire competition (3 out of 4 events) which involved the Farmer’s Hold, Atlas Stones, Axle press and of course the deadlift.

Check him out in each event….

Here’s a photo of Martin Tye with the other deadlift World record-holder, and 2017 World’s Strongest Man Eddie Hall.

…And a thank you video to his supportive fans.

In 2018, Tye placed second at the same competition behind Mark Smith which makes his victory this year all the more satisfying, but he’s back home now with his sights set on becoming Britain’s Strongest Man.

Congratulations to Martin Tye for his outstanding accomplishments and we wish him the best for future competition.

The 4 Amazing Benefits of the Sumo Deadlift