World's Strongest Man Martins Licis Killing It In The Gym 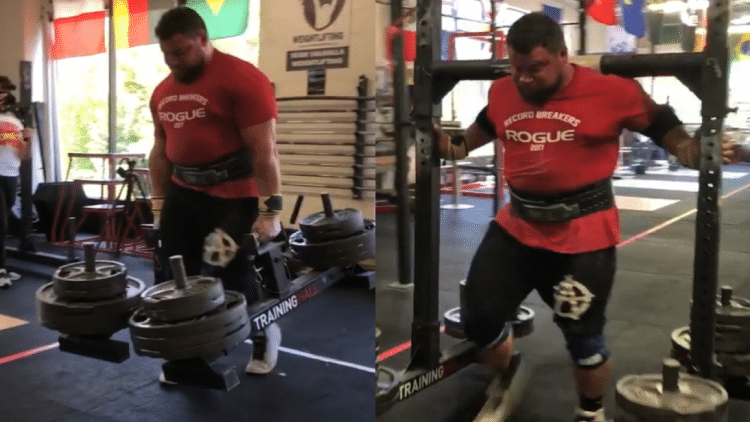 Martins Licis already holds the title of World’s Strongest Man 2019. Nevertheless, he shows no signs of slowing down, as he is back in the gym again.

Licis won the 2019 World’s Strongest Man competition, in June. Since then he has been doing nothing but improving his form, and getting stronger and better. However, with the Bracelona competition approaching, Licis is working hard in preparation, to confirm his place as an elite strongman.

In fact, Licis recently showed footage of him training in the gym. In this video, uploaded to Instagram, you can see him nail a massive 455lb/207kg farmer’s carry. Moreover, he would top that off with an even more impressive 1000lb/455kg Yoke Carry.

Watch the intense video below:

Body’s still hurting from this insane year of conquest, but there’s still TWO big shows on the Horizon before I can rest and recover. If I am to make it back to the BIG stage at The Arnold’s Classic, Ohio, I’m going to need the wins.”

Licis is very determined to work on making improvements in every aspect of his game. As he alludes to, there are two big competitions coming up for him to take part in. Although he admits to being sore, he is still in the gym making gains, so he can put on a big performance to close out the year.

Martins Licis has almost certainly established himself as a top-level strongman as it is. Subsequently, a big showing in the upcoming events would reaffirm his elite status beyond any doubt. If these videos of his recent gym work is any indication, there will be nobody who will stop him. It will be exciting to see how he looks at this rate.