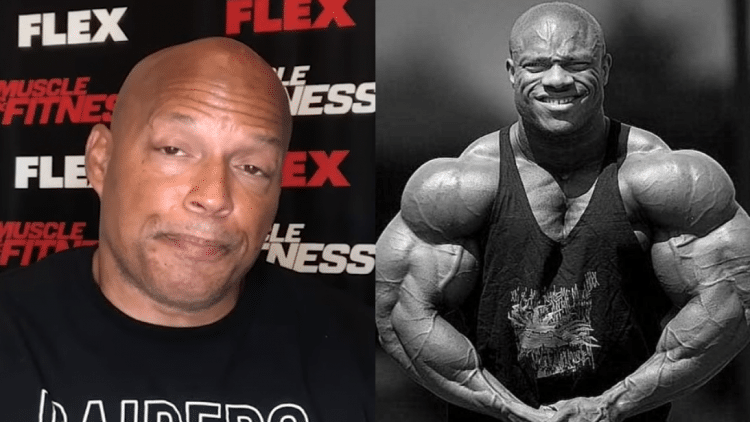 There has been much uncertainty surrounding whether or not 7-time Mr. Olympia champ Phil Heath will compete in 2019. Shawn Ray thinks that he may have figured out what Heath’s plan could be.

One of the biggest storylines headed into the 2019 Mr. Olympia, is whether or not Phil Heath or Kai Greene will be competing. With the revelation that Kai Greene would be filming a movie and unable to compete, the questions surrounding Heath remained. Moreover, when it was announced that Shawn Rhoden would have his eligibility to compete revoked, the curiosity intensified. After all, Rhoden was the one who beat Heath in the 2018 Olympia.

Following this loss, Heath announced that he would sit out a year. However things got interesting as it appears that he has been getting in competition shape, as the event approaches. So about 2 weeks away from the big show, Shawn Ray has been speculating whether we will see him at the competition.

Ray explained in this video why we might see Phil Heath.

“A lot of people see Phil Heath walking around, looking monstrous these days, and people want to know whether or not he will be attending the competition.

Well it was only a year ago, well barely a year, maybe ten months ago, that Phil Heath said after he lost the Mr. Olympia, that he was going to take a full year off, let his stomach heal, He had two back to back surgeries following his Mr. Olympia competitions.

This was the year that he would take off, to recover.

However, fast forward to this summer, Phil Heath takes off over to England. He’s looking every bit off season, looking competition ready. Now, with four weeks to go, he looks like he may make a run up to the Mr. Olympia, circa 1980 when Arnold Schwarzenegger showed up in Sydney, Australia, as a reporter, and then boom!

He jumps in the competition, to everyone’s dismay he wins his record-setting seventh Mr. Olympia.”

This is not the first time Ray has referenced the Arnold comparison. Nevertheless it is still a solid point, as Heath has inexplicitly gotten into competition shape. Following this, Ray brings up the fact that if Heath does the same thing, it would tie the record with 8 Olympia wins. However, he is aware that this is a tough task for Heath to complete.

“If Phil Heath seriously is thinking about going into the Mr. Olympia competition, and beating guys like Brandon Curry, and William Bonac who have not taken their foot off the gas, he’s going to have to make sure he has dotted the i’s and crossed the t’s.”

Ray would go on to explain that Heath’s big problem last year was with his stomach. Although he noted the fact that his back was elite-level. He then noted that Heath struggled with acknowledging his loss, and why it happened.

These facts led Ray to believe that Heath may not be stepping up to the Olympia stage. He feels that having long breaks between training interferes with a competitors ability to be successful with the high levels of the Olympia. He then concluded with these final thoughts:

“My assessment of Phil is that he has everything in his toolset to be Mr. Olympia. There’s no question.

He gets on stage, he beats everybody from the rear. Including Roelly Winklaar, who was the fan favorite last year, Arnold Classic champion over in Australia, won third place a year ago.

Roelly can’t hold a can up to Phil’s back. Brandon Curry, as much as he’s improved does not stand a chance against Phil’s back.

So what am I saying? I’m saying that if Phil Heath shows up to the Mr. Olympia contest, we could have a new Mr. Olympia! But that is a big if, and that hasn’t come from Phil Heath himself yet. “

Do you think Phil Heath makes a surprise appearance at the 2019 Mr. Olympia competition?