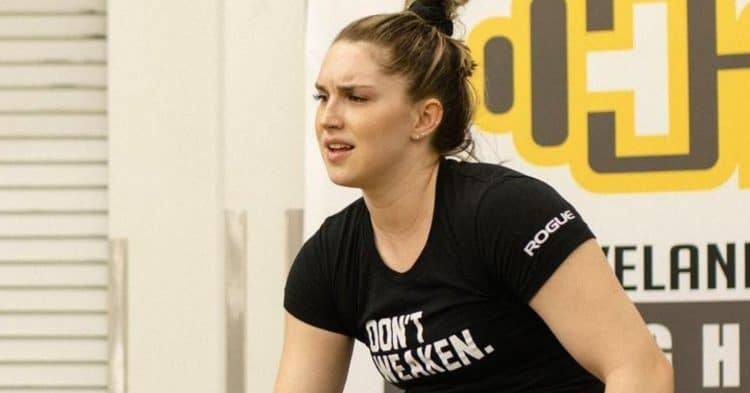 We have already seen countless incredible performances from the 2021 Pan American Weightlifting Championships. Mattie Rogers can be added to that list of athletes after her insane showing.

Competing in the69kg, 71kg, and most recently the 81kg division, Rogers has had a ton of success in National events during her time in the sport. She also has put up some impressive showings on an International level, coming in second place at several Pan American Weightlifting Championships, as well as a pair of World Championships.

However she had, without a doubt the best performance of her career so far earlier this week. The 25-year old weightlifter took part in the 2021 Pan American Weightlifting Championships, which were rescheduled from 2020, and had a great showing.

All in all, Mattie Rogers went 5 for 6 on her lifts, with her only slip up being in her opener for the clean and jerk. However she was able to bounce back quickly to hit the 135kg that she missed the first time, on her second attempt with the bar.

Below are her numbers for the day, as well as a video of Rogers hitting the record-setting squat, courtesy of Instagram.

The entertaining part of this snatch record from Mattie Rogers, was that it was a bit of a battle between her and fellow Team USA member Jessie Stemo. Stemo was able score the record for the snatch in her second lift of 108kg, but failed to match Mattie’s 111kg lift in her third attempt.

This is just a continuation of the epic performance that Team USA has had throughout the entirety of the Pan American Weightlifting Championships. There have been a total of 15 new American or Pan American records set by five athletes so far through the contest.

It is good to see Mattie Rogers and the rest of Team USA having such a strong showing in this contest. Hopefully this success can translate into a victory at the Tokyo Olympics later this year.

How Long Should A Workout Last?