Michael Estrella set an unofficial record following his world record performance from Boss of Bosses IV this past weekend! 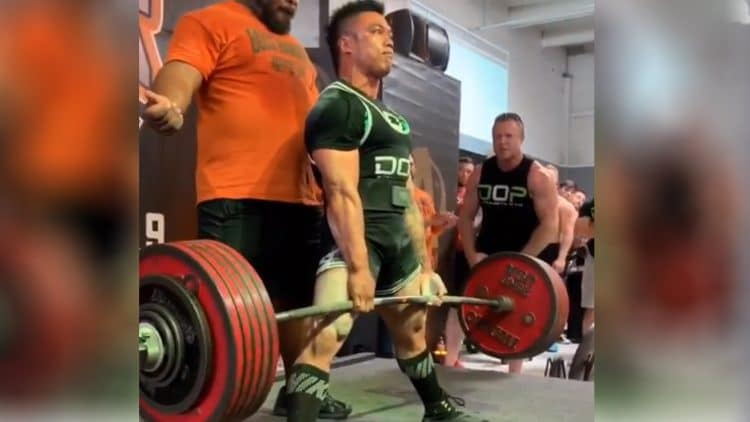 The Boss of Bosses IV powerlifting meet this past weekend saw some of the best performances of the year including several world record lifts.

But a few notable performances came from Michael Estrella who competed in the 148lb weight class when achieved the all-time deadlift world record with 668lbs/303kg which was nearly 5 times his bodyweight. But he also set the all-time record in his weight class with a 1,627lb/303kgkg total.

Check out Michael Estrella’s WR deadlift performance at the meet and then scroll down for the new 700lb deadlift which was a personal and unofficial world record. Here are the meet numbers which he posted on Instagram…

Here’s the unofficial world record lift… and it looked as if he struggled to get the weight up which is expected but nothing he likely couldn’t replicate in a meet sometime in the near future.

The Boss of Bosse’s IV competition was no doubt an exhilarating experience with all of the world record lifts and it’s clear that Michael Estrella is not a force to be reckoned with in his weight class. So, we can’t wait to see what’s next for this new world record holder, especially with the Raw Nationals just around the corner in October!