Shawn Ray Talks All Things Mr. Olympia In The Final Week Out 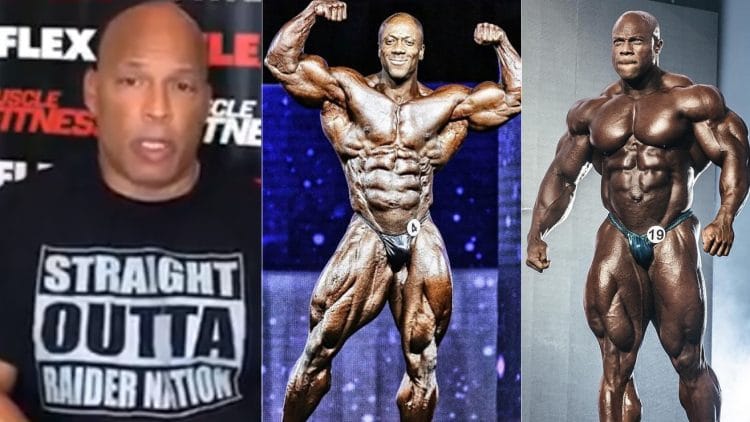 The 2019 Mr. Olympia is less than one week away, and the bodybuilding world is buzzing with excitement. Ahead of the competition, Shawn Ray talks about all the big topics surrounding this year’s show.

The road leading up to the 2019 Mr. Olympia has been a windy one, to say the least. There are a ton of stories heading into the biggest bodybuilding competition of the year. Last year’s Olympia champ Shawn Rhoden is ineligible to compete. Subsequently, there were questions as to if the man he beat, Phil Heath, would return to reclaim the throne. Add that to the fact that 212 Olympia champ Flex Lewis is not competing, and the nature of Hadi Choopan’s visa issues, and it has resulted in a busy lead up to the big show.

Well, less than a week away from the Olympia, Shawn Ray is looking forward to seeing how everything comes to a head. He sat down with RXMuscle to discuss the many layers this year’s competition has. Naturally, they began with the highly controversial Shawn Rhoden situation. However, Ray was quickly dismissive of that as things currently stand.

Clearly Shawn’s got a lot on his plate that he’s dealing with, none of which pertains to what’s about to happen in the next two weeks.

Ray continued, explaining why people should not be focused on what Shawn Rhoden is doing.

“I think history’s going to be made in Vegas in two weeks. You’ve got the largest prize money in the history of the sport. I think there’s a lot of guys that we need to be focused on, and talking about.

At the end of the day, Shawn Rhoden’s situation is not going to be handled in the next week. As a matter of fact, I believe his next court date isn’t even set until October. So we need to focus on what’s coming in Vegas.”

The conversation then switched from this topic to Hadi Choopan. Choopan had been struggling to get a U.S. Visa to compete, as he is from Iran. However, at the final hour, Hadi managed to get it done. Therefore, the question becomes if he competes at 212 or Open. Shawn Ray had some thoughts on that, as well.

“We don’t know whether or not Hadi’s doing the 212, or he’s doing the Open, so let’s play devil’s advocate.

On paper, he’ll have an easier time fighting with Derek Lunsford, than he did with James ‘Flex’ Lewis. We know that the Mr. Olympia champion’s got to be knocked out. Literally, that’s been the mantra for very many years.

Hadi Choopan had a very close run-in with Flex Lewis, over in South Korea, that arguably he beat Flex, and it didn’t happen.”

They then compared the competition that Hadi would face in the 212 division. Ray agrees that Derek Lunsford is likely getting better every year. He believes that the competition would be between these two and that Choopan would win, on size.

On the other hand, Ray thinks that there could be concerns about Hadi being able to peak in time for open competition.

“Let’s be mindful that Hadi’s never competed in the U.S. before, it’s a very long trip from Iran to come here and compete. Whereas it was much easier for him to get to Korea or over to Italy.

You got to really suck it up, and dial it in, and with the help of Hany Rambod that might not be a problem, but it could very well be that the moment’s just a little bit beyond his reach. If he doesn’t show up peeled Dave, he’s not the guy that’s going to upset a bunch of these guys that are consistently consistent.”

Ray believes that guys like William Bonac and Brandon Curry could beat Hadi Choopan in the open competition. Nevertheless, he thinks that Choopan could be looking to compete in the open, due to his difficult weight cut to reach 212. Therefore, Shawn Ray thinks that in the Open division, Choopan would be a top-four competitor.

Shawn Ray thinks that Roelly Winklaar could be a top contender for the title of Olympia, so long as he is in proper shape. However, if he does not win this year, Winklaar may not able to ever capture the throne. As people’s favorite last year, Winklaar is definitely a live dog in the competition.

Late notice wildcard pick Cedric McMillan is someone else that Shawn Ray is keeping an eye on. He believes that if McMillan can look the way he has looked in previous events, he has a shot at winning. On the other hand, it is notable that Cedric has had trouble peaking in time for the Olympia.

When talking about William Bonac, Shawn Ray says there will not be any more passionate athletes competing at the Olympia. Bonac recently had issues with his now-former manager Neil Hill, which has caused people to be a bit dismissive. However, Ray wonders if that will be a benefit for Bonac, come competition time.

Although there are some big, well-known names missing from this year’s competition, that has not stopped the excitement leading up. The event takes place from September 12th-15th, in Las Vegas, Nevada. All in all, Shawn Ray makes it pretty clear that there is a lot to be excited for.