The late, great Mike Mentzer shares his knowledge of steroids in an interview that recently popped up 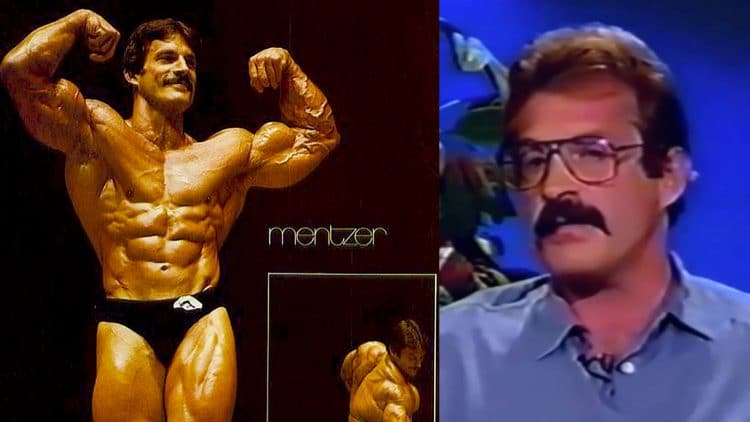 While he stopped competing at a relatively young age, IFBB Hall of Famer Mike Mentzer has long been looked at as a pioneer and intelligent figure in the world of bodybuilding. Now a recently surfaced interview reveals his thoughts on steroid use.

After he started bodybuilding at 12 years old, Mentzer won the heavyweight Mr. Olympia title in 1979, securing his place as a top bodybuilder in his era. While he retired at the age of 29 years old, he went on to be an ambassador for the sport, using his intelligence to shed light on some of the lesser discussed things within bodybuilding, before his passing in 2001.

An interview from late great Mike Mentzer recently resurfaced on Instagram, 30 years after it went down, where he discussed the use of steroids in the sport. While some of the information did not age well, he did share some interesting insight, demonstrating just how well educated he was on steroid use, even at that point in time.

“In those who are still competing, I think there is an even great use and abuse of steroids.For those who are hell bent on competing, there’s even more steroid use. And even beyond steroids, now they’re taking what’s called growth hormone, which is not a steroid compound in itself, but does effect the body’s rate of growth. Enormously from what I hear,” Mentzer said.

“If you want to compete, on even the local, national, international, or professional level, without a doubt steroids are a part of it.”

Something that was prevalent when discussing steroids at the time Mike Mentzer did this interview, was the idea of some outlandish negative effects of steroid use. Among the most popular were the idea that it can cause men to be infertile, and the other being concerns over roid rage.

While these misconceptions still exist to this day, Mike did his best to debunk those myths back in 1991. He even explained what the proven risks were, trying to educate people on the real concerns of steroid use.

“As is the case with the media very often, when there’s something that’s possibly dangerous they tend to get all kinds of things confused, and they bring other issues into it. Yes steroids can be dangerous in certain ways, but not that particular way. It doesn’t effect fertility. I know of many top bodybuilders who have been training and taking steroids for up to 20-30 years, and they have healthy families,” Mentzer said.

There was a lot of valuable insight from Mike Mentzer in this interview, and it is insane how well most of it holds up. It goes to show just how smart and knowledgeable he really was.