Mr. Olympia 2020 Could Be Pay-Per-View Event 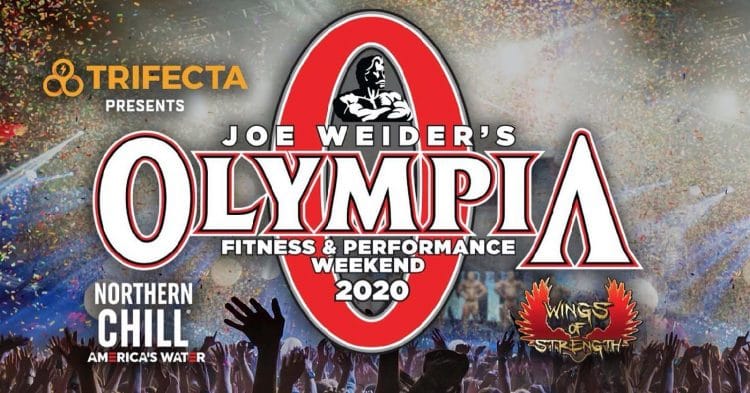 This year’s Mr. Olympia contest is one that will feature a ton of changes that will likely result in a much smaller audience attending. However it is apparently a possibility that the event will be available for pay-per-view purchase.

As expected, given everything that has been going on in the world, this year’s Olympia has already underwent some changes. Not only has the date been pushed back to December, but the location was changed. Although much of the details and safety protocols are still be worked out for the event, it seems hard to imagine that there will not be some restrictions in the way of spectators attending the event. Not to mention that all of this is going down at the same time as ownership turnover, with Jake Wood purchasing the brand earlier this year.

It would appear that some other interesting changing could be coming for the 2020 Mr. Olympia. Speaking recently on Monday Night Muscle, Wood revealed that they are looking to have the event available to purchase on pay-per-view. While there still a lot of details in the works, he says that this is something the brand is looking to try.

“Provided that we can work out our plans, and achieve the things we want to achieve, we may be announcing some things regarding pay-per-view, here in the future,” Wood said. “There’s a lot of moving parts on it. That was one of the big developments we really wanted to put forward this year, but because had to change hotels and deal with all of that, it kind of got pushed back. Now we’re trying to play a little bit of catch up on it.”

So it would seem that not only are there talks of the 2020 Mr. Olympia being a pay-per-view event, but all Olympias moving forward. There are still a lot of unanswered questions about what this could mean in terms of price for the event, or additional media coverage. However, there can be no overstating how big of a move this would be, if it does end up coming to fruition. It would surely open doors, not just for attention to the contest, but also what they can achieve financially.

With the 2020 Mr. Olympia being held during a tough time, it would surely be helpful for those who can not watch the event to buy it from their homes. It will be interesting to see how this ends up developing.