2020 Mr. Olympia To Be Held In Las Vegas Strip, Confirmed For Mid-December 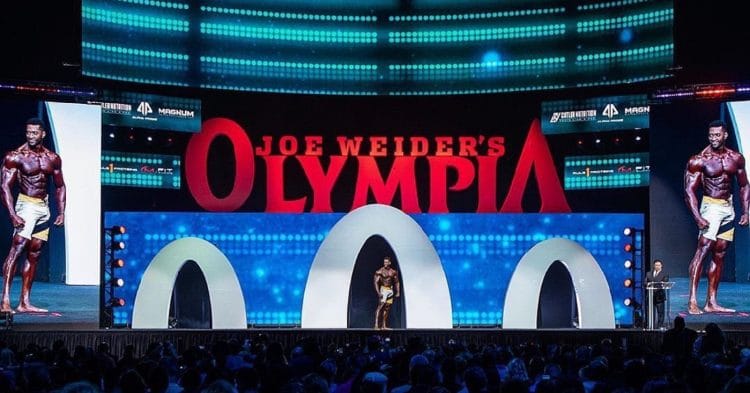 Olympia President Dan Solomon promised that the 2020 Mr. Olympia would still take place this year. Now a date and location have been revealed, and it is bigger than fans could have hoped.

The bodybuilding community was already buzzing at the thought of this year’s Olympia. Given the massive announcement that new owners would be taking over, people were wondering what kind of changes they might see at the event moving forward. However this anticipation turned into concern, as the global health crisis put a halt to any bodybuilding contests.

With that in mind, fans have been waiting on some official word about the 2020 Mr. Olympia. Well it would seem that wait is over, after a recent announcement from Dan Solomon. Although there are still plenty of the details left to iron out, Dan revealed in an Instagram post that this year’s Olympia will go down this December at Planet Hollywood, in the Las Vegas strip.

“Over the last several weeks, our team here at the Olympia headquarters has been working around the clock, monitoring the situation around the world as we contact city leaders in Las Vegas. We have worked closely with the IFBB Professional League offices, and I’m pleased to share some big news.

“If you recall, when our new owner, Jake Wood, acquired the Olympia earlier this year, he said he wanted to give the event back to the fans. Well we listened closely to the fans, to the athletes, to the sponsors, and everyone has asked us repeatedly to bring the Olympia back to the Las Vegas strip. So we are proud to announce today that a new era is about to begin. The 2020 Olympia will take place at the incredible Planet Hollywood resort, right in the center of the Vegas strip, and our main event productions on Friday and Saturday evening will be held at one of Las Vegas’s A-List entertainment venues, Planet Hollywood’s Zappos Theater.

“Here’s the really good news. To give our athletes the time they need to prepare and qualify, and to give businesses the chance to stabilize following the quarantine, and to give everyone the extra time to make plans to experience something unlike anything we’ve ever done before, the 2020 Olympia has been set for the middle of December.”

Solomon goes on to explain that the 2020 Mr. Olympia, which according to their website is set for December 16-20, will be bigger than ever. Moreover he promises more celebrities, and more big names in the sport attending. Provided it can go off without a hitch, this is sure to be an amazing event.

CrossFit Games Invitations Reset, See Who Will Be Invited Now